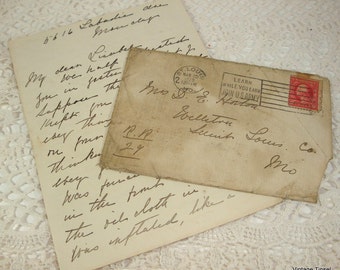 A framed picture tumbled from the mantle and crashed on the floor as I jumped onto the sofa. Freezing amongst the cushions and sofa throw, I stared at the mess from a spread-eagle position. I struggled up, dropping the TV remote at the same time. Tutting, I picked that up and placed it on the arm of the sofa, before crossing the living room floor to the fireplace.

I arranged my dark grey jog bottom like PJ pants and the too big t-shirt as I came to a stop. Being careful because my bare feet, I bent and picked up the picture. Glass tinkled and a few small shards fell out. The wooden frame had broken, which had caused the back panel to come loose and allowed me to easily take it apart.

I slide the photograph out and looked into the faces of my parents. It was their wedding day and they were leaving the church after saying their vows. I smiled, noticing how dashing my dad looked in his full suit, whilst my mum looked so young and pretty dressed in a simple white satin and lace gown.

My parents were currently away for the weekend, having won a trip to Paris from entering a TV competition. So, I was home alone, which was great, beside from having to promise not to have a party or anyone sleep over. It was either that or going to stay with Aunty Nora and there was no way in anyone’s right mind that they would want to do that!

Placing the photo beside the TV remote, I suddenly remembered the reason why I had come into the living room. Swearing, I grabbed the remote and turned the TV on. There was an electric buzz, a flash of blue then a re-run of Baywatch appeared on the screen. My fingers stalled and my eyes popped as I saw Pamela Anderson running across a beach in just a swim suit and blonde hair flying everyway.

I dropped my hand and tried to re-arrange myself, but that only made me harder. Growling, I turned the channel the over and watched a cowboy documentary whilst the urges subsided. Then I got the TV guide up and looked for the movie I had planned to watch.  Seconds later, Batman Forever filled the screen and I become torn between watching it and tidying up. Making up my mind, I picked up the frame again and went to throw it in the kitchen bin on the way to getting a brush for the glass, but a yellow rectangle shape caught my eyes and I stopped.

There was an envelope that had been neatly slotted in-between the photo and back panel. I pulled it out and balance it onto of the photo. Shrugging and guessed it was some letter to the happy couple that mum had kept, I went into the kitchen, put the frame in the bin and grabbed a brush and dustpan from the corner. Heading back, I shook the rug out before sweeping the glass up. I hurried back into the kitchen with it and tossing it in the bin, reminded myself that I had to tell mum the photo had just fallen off the mantle.

Placing the brush and pan back, I raided the cupboards for a packet of already made sweet popcorn and grab a can of cola from the fridge. I ran back to the living room, threw myself on the sofa and watched the movie. It wasn’t until the third adverts that I remembered the photo and the letter. Sitting up, I pulled them both over and inspect the envelope. It was blank and the paper had yellowed with age.

I turned it over and found it still sealed. Frowning and guessing that there had been enough stick to seal it again after my parents had opened it, I slotted my nail under the flap and lifted it. Inside was a sheet of a crumbled white paper, which had slightly discoloured, but not as much as the envelope had. I pulled out the letter and unfolding it read;

Detroit, I know you are reading this right now.

A ball of fear hit me and my hand holding the letter started shaking. This note was for me! But how was that possible? I flipped the paper over and at the bottom in a scrawling signature was;

The handwriting looked too much like my own, though some of the letters were shaker and loopier. I turned the page back and quickly read down it. My breath caught a few times and my brain didn’t seem able to compare what my eyes were transmitting back to it. Questions plummeted through my mind faster than I could really put them together. I turned the letter over again to carry on reading and found that none of my questions were answered. In fact a line in the last paragraph suggested not to try and question anything, but just to trust and act.

I re-read the letter slower and took in the instructions. I had to phone my parents, tell them I was ill and to come home straight away. Then, I had to hang up before they had time to ask anything and wait for them to come home. If I didn’t and they returned on their planned journey through the Eurotunnel, I’d never seen them again.

‘Is this a joke?’ I spoke out aloud to an empty room and the flicking TV.

Pulling a face, I screwed up the letter into a ball and threw it into the fireplace, which wasn’t lit. Grumpily, I settled back on the sofa and watched the rest of the movie. Still though the words upon the page lingered in my mind and I couldn’t help, but think about them.

I’m from the future, this is your future self telling you that you must change the next twenty-five hours. Only you can do this and only by reading on and trusting what I ask you to do.

That’s what the second line had read and strangely, I could hear my voice, but a lot older whispering those words in my ear. Shaking my head and trying to get rid of the written words and the voice, I watched the credits roll, then went to the bathroom. After, I got myself another drink and made a sandwich. Taking them back into the living room, I spotted the wedding photograph and switching it out for the other things in my hands, I went and placed it back on the mantle, though it was no frameless.

Before I moved away, my eyes fell to inside the fireplace and the balled up letter. Swearing quietly, I pulled it out and went back to the sofa with it. I smoothed out the paper and looked at it closely. The words hadn’t changed and the letter was still commanding me to telephone my parents and get them to come home. The next section on read;

I know this is hard for you to understand being fifteen years old in 2015, whilst I am currently ninety-five in 2095. But trust me you don’t want to spend your next twenty year plus without your parents. My life has been nothing but difficult and empty. I have no wife or child or any other family. That is the reason why I am reaching out to my past self. I believe you can change this and that will allow me, us, to have a better life.

I glanced at the phone on the stand next to the TV, which was now playing adverts. Biting my lip, I got up and picked up the phone. I glanced at the letter again, than got up my mum’s mobile phone in the saved numbers menu. My finger flicked the call button a few times as my eyes darted from the phone to the letter. I twisted my wrist and looked at what was written on the other side again, it read;

Afterwards, place this letter back in the envelope and keep it in a safe place. May I suggest your parent’s wedding album? Put it under the photograph that is the same as the one you have found this letter behind. This is so that when you are me, you will be reminded to find the letter again and place it where you have found it today. Thus, triggering your younger self, you reading this right now, to carry out the task.

I can only hope that this works. Though if it does, I will never know the results, for my timeline will been altered. Please don’t delay or asked any more questions. Just be thankful there wasn’t a fire in the fireplace! Make that call now!

I didn’t know what else to do.