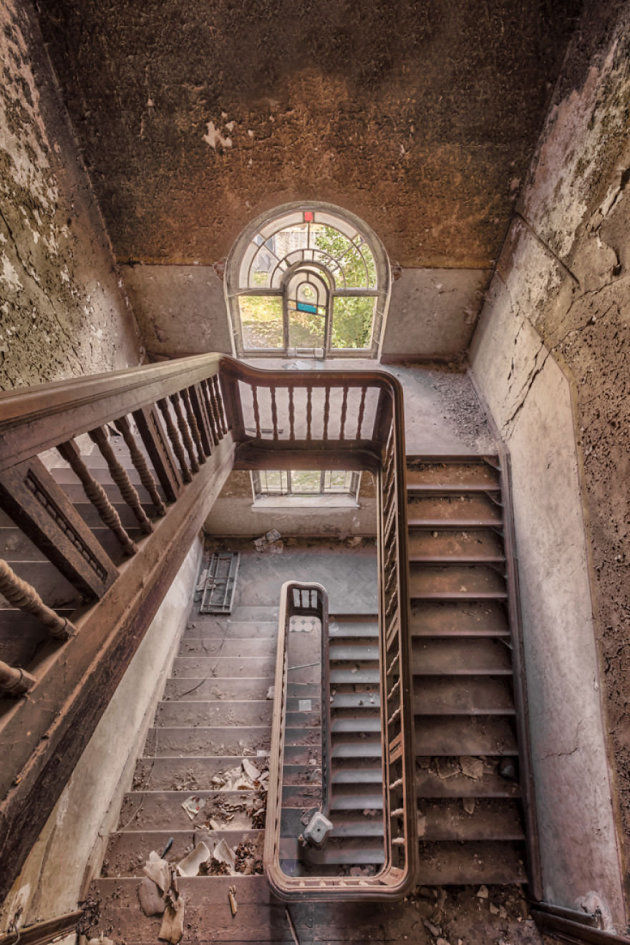 There was something that fascinated him about abandoned staircases. He raised his heavy eyes from the camera’s primary screen and looked up the long twisting steps which connected all four floors of the house. He peered up into the crevice gap between each flight of stairs, but couldn’t see the fourth floor.

Slowly, he put a foot on the first step then began the climb upwards. Only his sounds broke the shrouded of silence that covered the house and the surrounding city. He came to the first floor, but carried up towards the second. There was a floor to ceiling window ahead of him that was letting in toxic light. He went to the window and took a photo through the glass panels.

The south side of the city, which was mostly urban sprawl, was spread out opposite him. Abandoned house, much like the one he was standing in now, rose up from the dust as if still trying to dignify their existence. Beyond, he could see the metal skyscrapers and other tall buildings sat at the city centre’s edge.

Dimly, he was aware of his companions moving through some of the other houses. He had turned down the radio in his mask as he had entered, blocking out the voices coming into his ears. A shadow figure appeared and disappeared in the window of the opposite house. He turned away and carried on up.

Why was he so haunted by staircases? Maybe, it was because they belong to The Before and The After, whilst The Now had none. That thought spiralled with him as he reached the top. He took a few photos, then a final one which looked down all of the connecting stairs. The image displayed on the screen, he looked at it and decided that the true answer must be the lack of human life.