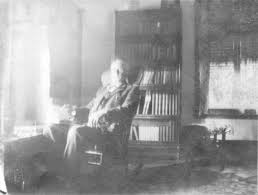 I’ve never been able to see. Let me make that clear before we start. As for your other questions, I’ve been told the easiest way to experience it is to wear a blindfold. Do I miss it? How can I missing something I never had. Would you miss your finger if I cut it off? Why of course you would, because you’ve had that finger all your life. You know what it can and can’t do, you know where it is, etc. If I took it, there’d be days when you believed it was there still. Yes. I do believe that amputees have similar experiences.

Now, about the job, the agency told me you’d had lots of pervious work, some of it sounded quite different from what’d expect of a young woman. Yes, I know things have been bad. I got lucky, I guess, old family inheritance and the early discovery of a gap in the book market. Money is never anything though.

Sorry, what did you say? No, of course not, why would you have read any of them. There are some none braille ones knocking around somewhere. You’ll find it’s the same with some other books I have. Speaking of which, would you be okay to read to me sometimes? I’ll probably fall sleep and start drooling before you’ve even read the first page! But it would be so nice to hear some of the stories again. Now, what else is there?

Oh, your duties, so as well as that, daily; cleaning, cooking, opening my letters. Once or twice a week; shopping and some errands. No, you don’t have to live here, though there are many bedrooms available. I can give you all the keys, no worries there. Let’s see what else was there? Oh, feeding Theo and making sure he was water. I always take him for his walks, it’s good for me. Though, you could give him a bath and a brush. I think he’s due one. Would that be okay with you?

Good. Any questions? No, you won’t have to get me up or put me to bed. I might be an old man, but I’m still capable. No bathing either. Yes, I’ll give you the shopping list and money. You’re the third interviewee I’ve had. The first one was allergic to dogs. Can you believe that? She sit through the whole thing sneezing. I told her I was sorry about the dust then as she was leaving she told me, adding that she couldn’t accept.

The second was a middle-aged man. He did well, but I don’t think I’ll be choosing him. There was just something, I don’t know. He was a fan and he’d never had a cleaning job before. Seems he was very down on his luck.

So, if you want the job, Daphne it’s yours’. Ah of course, take all the time you want. But please get back to me soon. I shall have to be back in touch with the agency before the week is out. Would that deadline suit you? Unfortunately not, you are the last. I only had three apply. I guess it’s because I demand too much. Most just wish for a simple cleaning job, not to be cook and butler too.

Sometimes, I think I was born into the wrong era. If I had lived in the eighteen century or even further back I could have had a whole army of servants. I don’t know. Maybe, that might have been the case…. Is there anything else? No, good. Please, let me show you to the door. Don’t worry about it. If I don’t get up every now and again, I’d just stay sitting or lying and there’s no way I’m ready to give into that. Follow me. Good boy Theo, front door. Door, Theo. So, you will let me know won’t you? Yes, just call me. Here we are. No, I’ve got it, thanks. It was nice to meet you, Daphne. Thank you. Goodbye now.

Well, Theo what do you make of her? She seemed nice didn’t she? A good replacement for Mary, would you say, boy? I know, I know. It’s time to go out now. Go get my keys. Good dog.