Bridget returned to the train station the next day. Nothing had changed, expect for the people. As she walked along to the coffee shop, someone was playing the piano. Slipping her headphones off, she heard the end notes of a song that sounded like it came from a Disney movie. Trying to figure what it had been, she went into the shop and joined the queue.

It was busy today. The smell of coffee drawing everyone in and the sight of snacks tempting even the strong willed. Bridget fiddled with her headphones, wanting to put them back on but knowing if she did that it would be her turn to order. So, she fell into people watching without really meaning too.

The old man in front of her was holding his glasses to his eyes and looking at the menu. He was leaning slightly on the handle of a suitcase, though trying to act like he was not needing any support. His skin was tanned and wrinkly and there was golden wedding band on his finger. he was wearing cool, loosing fitting cotton clothes and comfy shoes that sort of looked like slippers, but could not have been. He was also muttering the menu under his breath.

Leaving him and looking further down, Bridget saw four other people, one of whom person  seemed to be holding up the line as they could not make up their mind. Bridget started with him, noticing the blue suit he was wearing and the neat hair cut. She thought for a second, she reconsidered him, but then he turned and he was a stranger.

After him were three people waiting for their drinks. They were all woman and two of them seemed to know each other. Bridget could not get a clear view, but she thought they sounded like they were from London. The third woman was wearing a bright summer dress and looking unhappy. Or maybe she just really needed some coffee.

Bridget snapped around to the man behind the counter and said the first think to come into her head, ‘a caramel latte please.’

‘Medium with cream,’ she added.

The man nodded and told her the cost. Bridget handed the money over and went to join the small group of people waiting. Once she had her drink, she hurried outside and grabbed any empty chair she could. Sitting down opposite the teenage girl who had let her have the chair, Bridget relaxed.

She looked around the station, hoping to spot Drew or Sas or someone else she had recorded in her notebook. The people before her seemed alien. They were hurrying about in that way she had  become use to, heading to the trains or out of the station. The hum of voices mixed with the sound of trains and also the background sounds of the city that the strong wind was blowing in. The smell of coffee, mingled with engine oil, people and fast food.

Bridget wrapped her hands around her coffee cup and wondered why she had thought she’d ever see them all again. The train station was just a gateway for these people. They came from their homes or places of work, went to wherever they were going in the city then headed back again. Or the other way around. She sighed and without thinking of it dipped a finger into the whipped cream on top of her coffee and licked it off.

The teenage girl soon left, not saying anything else to her, even if she had seen Bridget licking the cream and sipping burning latte nosily. Bridget drew out her notebook and pen. She glanced around, sadly and tried to pick out someone from the crowd.

She just could not do it though. Her head was filled with a vision of those two men meeting and hurrying off. Their story had to be told and somehow she was the one who had to do it. 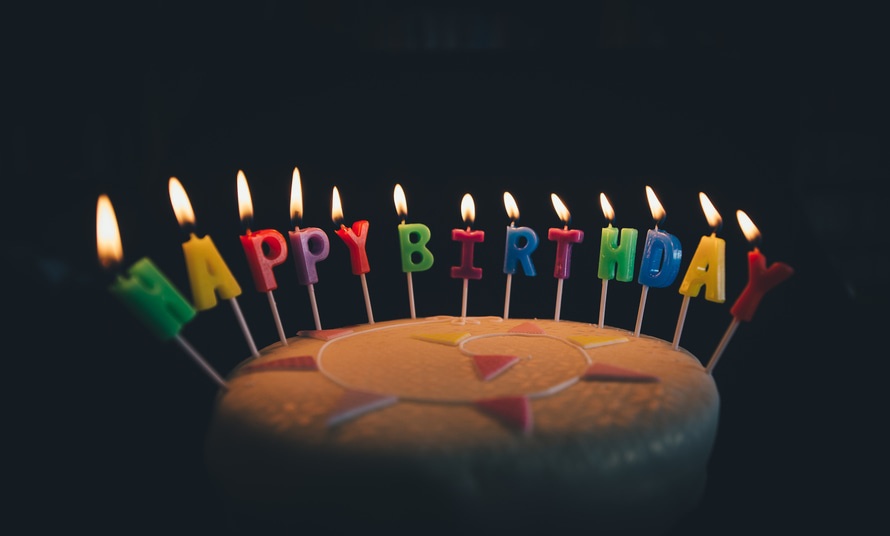 The 6th part of The Train Station will soon be up, but before that when I logged on this afternoon to check things out, WordPress told me that today my blog is 2 years old! So, I thought that needed a quick shout out. And of course, a chance to say a big thank you to all my readers, followers and people who take the time to like and/or comment on my stories.

I think I’ve written about the beginnings of this blog before, but basically it began as a way to help me break my writer’s block and depression that had been affecting me since I left Uni. I thought having to do something everyday would help give me a focused purpose and I ended up choosing to write stories because it was something I wanted to get back into. Also, I have been told I have a talent for it and I do have a love for writing stories.

There have a been a few times that I’ve thought about stopping or reducing the postings on this blog. I’m not earning any money for it and sometimes not many people read my stories, which makes me wonder why I carry on. I guess it’s because it’s become habit now. I’ve been doing it for so long that missing a day actually scares me and I think when that happens the chain will be broken which will led to me closing this blog.

The Stories Files has always been for me though. I set out to create a space I had to write my stories too. Originally that started on another website which has now been taken down, but I was a bit restricted to what and how much I could post on there. So, I set up my own blog and started writing. At the back of my mind, no matter what happens, I keep hold of the knowledge that I’m doing this for me and it’s all about my progress on the techniques of writing short stories and novellas.

Writing has always been a big big part of my life. It’s something that I can’t even dream of not being able to do because it’s me. It’s what I do and sometimes what I think I was born to do. Everyone who knows me will tell you this, it’s what I’m well known for, though I’ve had very little officially published. My dream always has been! One day I want to go into a bookshop and see my novel on the best selling shelf. I want more people to know my name and to love my stories, but it’s a long road.

I know that some of the stories on this blog are rubbish, but there’s also gems. Of course, they need some polishing and I’ve got a few already I want to make better. I still want to get those anthologies sorted too. I know I said I’d have the first one done last month, but I suffer from a range of different illness and depression still, which have slowed down my plans. Also, I’m dyslexic, which doesn’t help. I’ve battled through with it though and it doesn’t stop me. In fact, writing is helping to improve this, but I’m always going to have issues.

I should stop before this becomes any longer, below I’ve put together a list of things I thought people might be interested in checking out. I do hope that my followers keep on growing and my stories do get shared, but to be honest, even after two years, I’m still doing this for me. So, thanks to everyone again and happy reading.  Hayley.