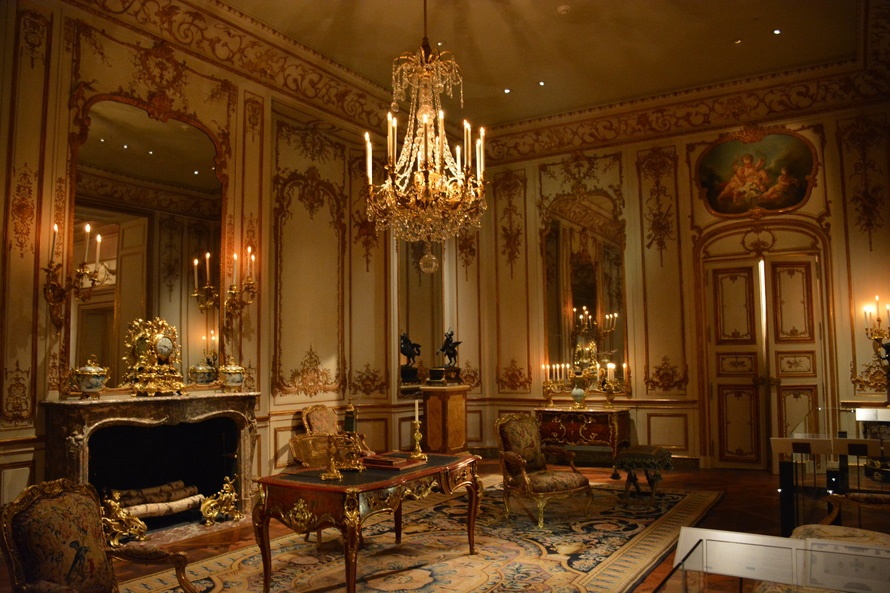 The ghost had been visiting Annabelle for the past four nights. The specter took the form of an old hunchback woman dressed in long flowing rags. She was almost see-through and surrounded by a white glowing light. She appeared at the bottom of Annabelle’s bed as the grandfather clock stroke two am. Annabelle would awaken, not sure what had disturbed her slumber, but knowing she was no longer alone in the bedroom.

Annabelle would roll over and watch the ghost standing there and staring at her for an hour or so, until she fell asleep again. She didn’t feel afraid, nor anything at all really, but was puzzled about why the ghostly old woman was watching her. Twice Annabelle had thought about drawing the heavy curtains around the four poster bed, but the idea made her feel panicky. That was part of the reason she had come to her uncle and aunt’s country house to begin with.

Tonight though, Annabelle was feeling restlessly. She had settled into the bed, warmed by a bedpan made by the maid, who had also lit the small fire in the fireplace and Annabelle had started reading her current novel. The wind and rain were lashing against the small windows as the storm reached it’s peak. She heard a rumble of thunder and looked up from her reading.

In the dimly lit room, she could not see very much. The fire and her oil lamp cast pools of orange glows, but nothing more. Annabelle thought about getting up and going to the window. But she knew there would be nothing to see but the darkness pressing against the glass and the drops of rain running down. She did not feel tried though and so turned back to her book.

She never heard the grandfather clock chiming two and only realized the time when the ghost appeared. The old woman began to take shape at the foot of the bed and the light created made Annabelle finally look up from her novel. She had never seen the ghost form before it was a strange sight to see. First, it just seemed like a flicker of candle light which grew until it took a shimmering shape that could be called a head and body. Secondly, silver hair and clothes seemed to form then finally everything came into focus and the hunchback old woman was there.

Annabelle, with a quick glance at her page and shove in of the red ribbon she was using as a bookmark closed the book and sat up.

‘What is it? What do you want?’ Annabelle asked.

The ghost looked at her with large white eyes and Annabelle saw for the first time the lack of detail within the old woman’s face. There was a smoothness to the long drawn out face when Annabelle expected it to be covered in wrinkles. The hair was clumped together and draped on either side of her small shoulders. The ghost was wearing what at first seemed to be a white ragged sheet, but the more Annabelle looked she realized it was an old fashioned night dress.

‘Who are you?’ Annabelle asked.

The ghastly old woman opened her mouth and tried to form words but nothing came. She rose her hand and with a finger pointed at the closed and locked door of the bedchamber.

Annabelle looked over then back at the ghost. She got the meaning straight away, but was not sure she wanted to follow the old hag. With a shake of her head, Annabelle curled herself more into the bed and drew the sheets up tighter.

‘Why can’t you speak?’ Annabelle asked.

The old woman stared at her silently then once more rose her hand to the door. She moved slowly as she might have done when she was alive. Shuffling towards the door, bent over and as if leaning on a walking stick.  Annabelle watched her and saw that her bare feet were not touching the ground but were raised just off it.

Annabelle released the bed clothes and making up her mind, she slipped from the bed. The floor was freezing, as if she was walking on snow. The darkness weighed heavy around her and Annabelle glanced at her bedside table and the oil lamp. She padded back and collected the lamp. Even though the flame only cast a small pool of yellow light, she felt better.

The ghost was waiting for her by the door. Annabelle stopped a good distance away.

‘I am ready,’ Annabelle breathed.