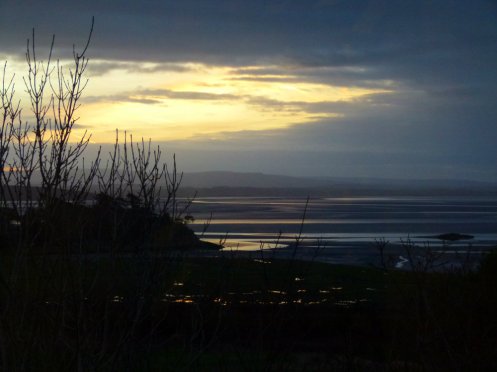 When the tide finally went out the tiny pink shoe was left half buried in the wet sand. A baby crab scuttled across it and paused wondering if he had found a new shell to call home. He sit in the shoe for a few minutes then decided it was just too big for him and scuttled away.

The men gathered on a sand dune. Flatting down the spiky marram grass with their damp clothes. They breathed the sea salt air heavily and shared around the last flasks of water, tea and whisky. In depressed silence, they looked out at the low tide and long strip of yellow beach over which the setting sun was casting a colourful display.

As the darkness gathered, the men said their goodbyes and left, fading back into the village with a heaviness in their hearts.