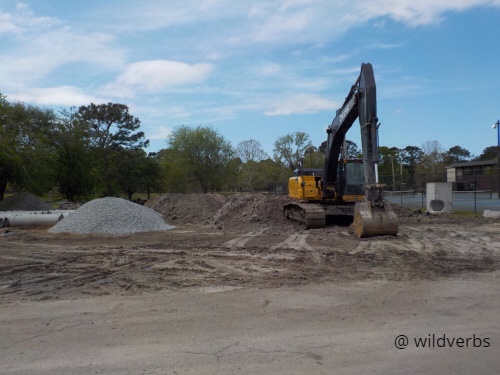 The trucker drove through another semi-abandoned town, just like the last few he had passed. Looking out of his rain splattered window at building sites and abandoned yellow machinery. The economy had fallen and work had stopped everywhere.

A sign went by, an advert for new houses; Move in by Christmas! The trucker looked at the dirt field behind. No chance, unless you put up a tent, he thought. Shaking his head, he drove on, heading away from failed towns and the out fall of other peoples’ decisions. He felt lucky to still have a job.

(Inspired by; https://flashfictionforaspiringwriters.wordpress.com/2018/11/12/fffaw-challenge-191st/ with thanks).