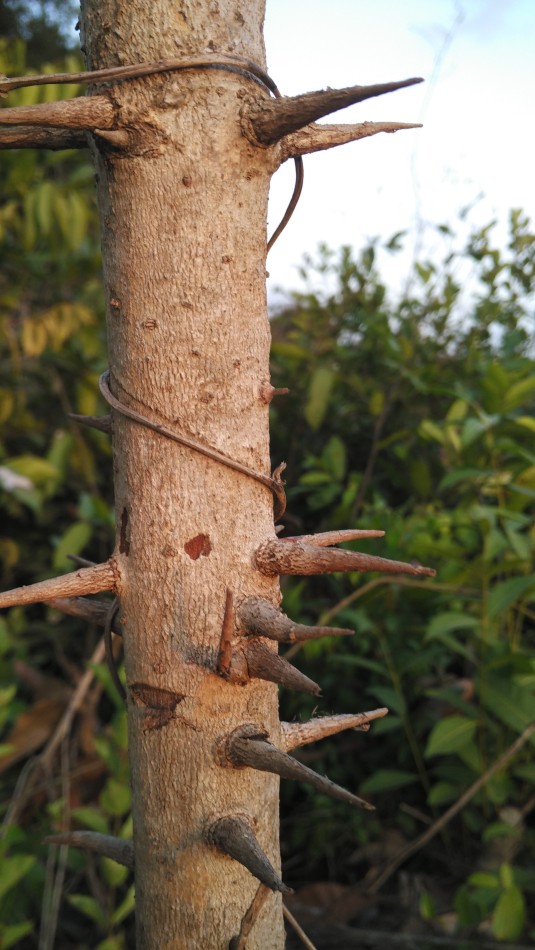 Hog built the spiky fence to keep the bears out. It was easy enough to do, he took some tall logs, hammered bits of wood in which he then shaped into spikes. Finally, Hog dug holes and stuck the logs in around his cabin.

He didn’t mind the bears, but they could be dangerous and bothersome. Hog didn’t want to hurt them but he had to defend himself. This idea of training them to stay away with the pain of the spikes, had come to him one afternoon when he had seen a bear stealing honey from a beehive and getting stung but the angry bees.

Days of work later, the fence complete and with a gate so he could get by, was done. Hog admired his hard work then went into the forest to check his rabbit traps.

When Hog came back, he saw a bear sniffing the new logs. He held his breath and watched as the bear brushed up against the spikes, felt the pain and stumbled away.

Hog smiled, his fence had worked! Feeling happier then he had in the last few months, he went inside and had a good meal of rabbits and vegetables.