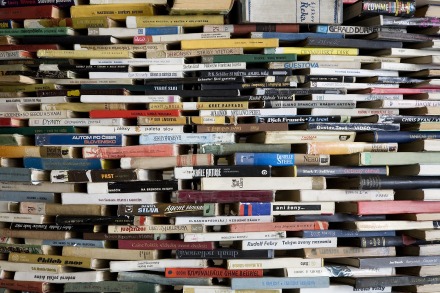 I went into my old bedroom which had become a storage room after I had moved into my brothers’ bigger room last year. It was hard to imagine how I had filled this room, floor to ceiling with things and that about seventy percent of the items were books.

I had always wanted my own library and without realising it over the years that had seemed to have happened! Looking around, I knew to a stranger that my book organisation would seem random but there was an actual order.

I knew where most of the titles could be found but it was times like now when I wanted a certain book and wasn’t sure where it was that problems started. First off, I had to decided if I actually owned this book and if it was in here. Had I lent the book to someone? Had I given it to a charity shop? Or was it one I had lent from somewhere?

Being sure, I had the book, I began my search. The two top shelves of my room had books that were my favourites and wanted to read. The ones on my bookcase were either series I had only half read and other books I wanted to read in the future. Under my bunk bed, were books I had read and discarded.

I knew the title of the book and had looked it up online to remind me of the author and cover. I had recognised it and knew it was in my old bedroom somewhere. The problem was, amongst the stacks of other books it could be anywhere!

One thought on “Too Many Books”