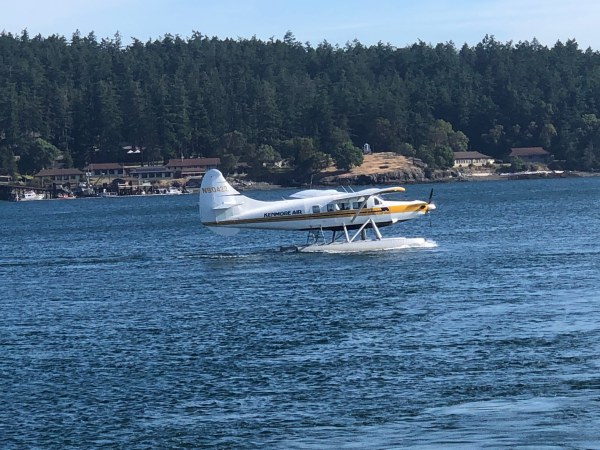 Sitting at the airport, he wondered if the plane to the island would come. Flights were called, people hurried passed. He looked at his ticket, he’d been fooled, the island didn’t have a landing strip!

His number was called, surprised he followed four people outside to a mini bus. They got in but he hesitated, what was going on? Everyone looks so calm. Unsure, he took a seat and the door closed behind him.

They were driven to a lake and he saw a sea plane bobbing on the water.

Ah! he thought, that’s how we get to the island!