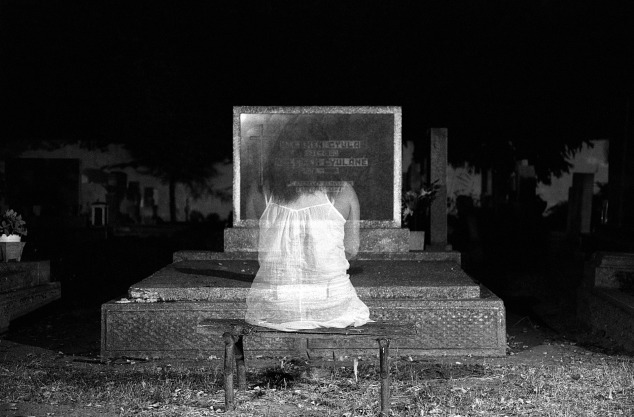 Returning from dropping the grandchildren off at school, I sank into my armchair and looked out the window at the storm I had just battled through. The wind was as strong as a car speeding on the motorway and it was driving the heavy rain and hailstones into you like shards of glass.

I turned the TV on, then left some daytime game show sounding in the background. I changed into slippers and a warmer jumper. There was housework to do but it could wait until later.

Sitting down again, I looked at the collection of photos on the mantel and the wall. There were many of my husband who had died six years ago, we had been married for fifty-two years. He had been in the army and though the idea of being an solider’s wife had worried me, I had enjoyed the travelling and many experiences.

There were photos of my only child, my daughter, Victoria and also her husband, Danial. Both had died in a car crash, five years ago. Then there were my grandchildren, ten year old, Beth and seven year old, Alex, smiling brightly in every photo.

I got out my knitting, feeling the need to relax. My joints were aching because of the cold and I couldn’t get warm enough. The joys of old age and having to look after young children once again. I would soon feel some energy back then I could do some chores.

A banging upstairs stilled the clicking of my needles. I looked up at the ceiling, listening as the bang came again. The wind was swinging a door about, that was all.

I got up and climbed the stairs, feeling pain in my hips and knees. At the top, I saw Beth’s door moving and banging against the frame as the wind blew about.

‘She didn’t shut her window probably, that child!’ I uttered.

I went in, closed and locked the offending window. Outside, the wind carried on raging away, leaving the bedroom freezing cold. Turning the heater up, I went to head back downstairs and put the kettle on.

Something white moved out of the corner of my eye and I turned to it. Was it a bird? No..it was something else….The shape seemed to grow and become more solid, yet still see through. The white colour became more cream and I saw the outline of a long dress drifting.

The more I stared the more the ghost took form before me until a young woman was standing before the bed. Her long hair was down to her waist and her face was full of sadness. As she looked around, confusion frowned her face then she went to the window and looked out as if she was lost.

The woman turned and looked at me slowly.

‘What are you doing here?’

She sighed and softly, almost in a whisper answered, ‘looking for my child.’

‘Are they here?’ I pressed.

‘No,’ she uttered, ‘the strong wind blew me into your house. I am sorry.’

‘It’s okay, pet. Would you like to stay until the weather passes?’ I asked, ‘some company meet be good for you.’

The ghost took a moment to think then nodded. She turned, taking the room in again.

‘This is my granddaughter’s room. Come down into the living room,’ I spoke.

I went back down and the ghost followed me. A cold draft trailed around her and her dress floated on a wind that seemed to be a part of her.

Settling in my chair and picking up my knit, I tried not to watch the ghost hovering around.

‘They have passed,’ she muttered after a few minutes.

I looked up and saw her before the photos, ‘yes, pet,’ I replied, though there wasn’t a need too but it did open a conversation, ‘you lost your child?’

‘At birth. I followed a day later,’ the ghost answered, ‘and I have been searching ever since.’

‘That’s why you are still here,’ I added.

‘Yes,’ agreed the ghost. She give a long moaning sigh and stirred the leaves of a pot plant.

‘Where do you think your child is?’ I questioned over the clicking of my knitting needles.

The ghost was quiet and thoughtful.

‘At your house?’ I pondered after a few minutes.

‘If she was, she is no longer,’ the ghost woman replied, ‘that is why I had to leave. I cannot rest without her.’

I nodded and fell to thinking. Soothed by the sounds of the TV and needles, it was easy for my mind to drift.

‘Do you think?’ the ghost gasped.

‘Yes. They are innocent and have no reason to stay here. Maybe, that’s what has happened?’

‘Has it?’ whispered the ghost.

‘And perhaps, it’s not the search for your child that keeps you here but the grieve of the loss?’ I concluded.

The ghost let out a low moan.

‘Have you tried to leave?’

‘Try and see what happens, pet,’ I responded, gently.

‘I know but there’s nothing to worry about and your child will be waiting. If not, I shall help you.’

‘You will? Oh! Thank you!’ the ghost cried and she smiled.

The ghost nodded and after a few moments, she began to fade away.

With a finally smile, the ghost woman vanished.

Her cold spot lingered another minute or two then warmth took over once more.

I lent back in my armchair, knitting abandoned on my lap, looking at where the ghost had stood. Then, I turned to the photographs and said, ‘if I was her, I would have done the same. Mothers and children should always be together.’