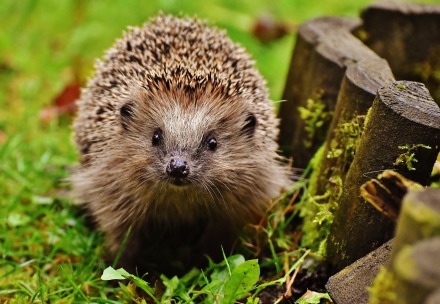 Erinaceous – of, pertaining to, or resembling a hedgehog

Today I found a new animal and it was so fascinating! It looks like a large hedgehog but its white instead of brown. Also, it’s fur is more rabbit like and its ears are triangle shape. It’s covered in sharp spikes and does curl into a ball when threatened or pretending to be dead.

Of course, I had to capture one for further studied! I’m looking after her/ him? well and I’m going to release him/her? later. I thought though you’d like to give the new creature a name.