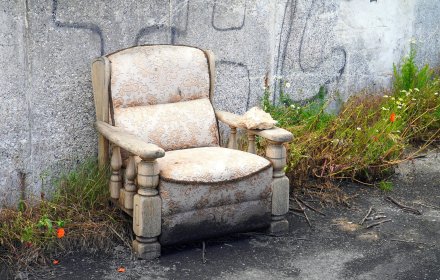 Old Max had for many years sat in the chair outside his front door and watched the world go by. He waved to people he knew and yelled at the kids who played too loudly.

He had a dog called Bill, who loved to bark and charge at passersby.  Old Max would laugh and just say he was playing as Bill bit someone’s leg or tore someone’s coat. When Bill became too old to chase, He would sleep at Max’s feet and growl in his dreams.

Bill passed away and the loss made old Max angry and grumpy then before. Max ran after the children in the neighbourhood and took away their balls and other toys. Parents would go over to take to him but Max was close the door in the faces.

For a few months, Max was seen to yell at no one and people said he was crazy. There was little anybody could do though but tell each other to stay away from the old man who seemed to be working his way through something.

It wasn’t until winter fell that Max stayed inside and the children rejoiced in their outside playtime. From his windows, he watched them and grumbled at their fun. What so delighted them about the cold snow and icy pathways? Max thought he could dimly recall from his own youth but it had been so long ago and his memories were full of holes.

Old Max went to bed on night soon after Christmas day and didn’t get up again.

For years, his chair sat empty on his doorstep weathering away until final the house was able to be sold and be brought back to life again.