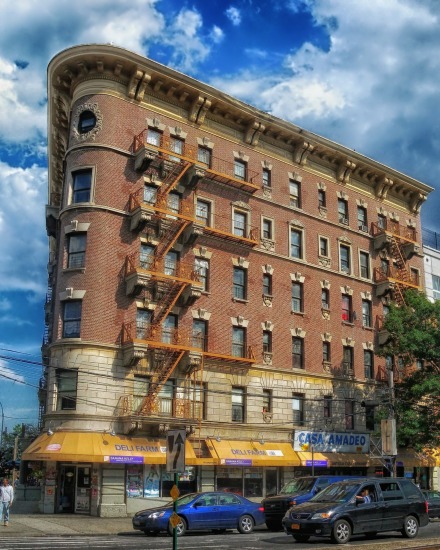 In Iraq, Abida had had a nice house. It had been large and airy, with enough space for her seven children and her parents and her husband’s grandmother to all live happily together. They’d been well off. Not rich but enough to have the house with a garden and to pay the wages of a servant or two.

Now, the house like their lives was nothing but rumble. Behind in the dust they had left the newly buried bodies of her husband’s grandmother, Abida’s father and her youngest two children; three month old Fatima and two year old Shakur.

They had been in the house when the bomb had dropped and now they were in the cemetery with their other passed relatives. Her husband’s parents who were living in the house next door with his sister and her family had all died too.

Leaving had been the only chance of survival they had. For the next few years, they had travelled and past through camp after camp and country after country. Abida’s husband, Maijd, wasn’t sure where was best to move his family to. Abida’s mother had suggest many places but finally Maijd had decided on the England.

It had been a trail and taken a toil which caused Abida to have a miscarriage, but finally the family got in England and were moved into a council apartment above an empty shop.

Abida hated it. There were three small bedrooms, a tiny bathroom, a living room and kitchen. The rooms smelt like the Indian takeaway restaurant a few shops down and also cigarette smoke. There was a handful of furniture including; a sofa, a double bed, one bunk bed and two single beds. It was the total opposite of Abida’s home but far better then the tent they had shared in the last few years.

‘How can we all fit in here?’ Abida asked her husband.

‘We shall make do. The woman said this bed pulled out…’ Maijd trailed as he took the coverings off to look at the sofa bed.

‘I’m not sleeping on that,’ Abida’s mother snapped, ‘I shall take one of the bed’s in here.’

‘Then, Bibi share that room with your grandmother,’ Abida said.

The eighteen year old nodded and took her and grandmother’s things into that room.

‘Kadeem and Hayfe can have the other room for now,’ Abida directed her youngest son and daughter, ‘Tarek and Tamir will have that bed,’ she finished with a look at the fifteen year old twin boys.

The family had settled in as best they could and with hope from Maiji that this was only for now and soon they would have a suitable house. Meanwhile, the children started school, finding it difficult with the little English they knew, Maiji searched for a job and Abida and her mother kept the apartment and looked after everyone.

A month or so later and the only change was that Maiji had found a job at a food shop. There seemed no chance of the family moving again soon which as Abida put her hands on her tummy, wasn’t ideal but at least her family were finally safe.