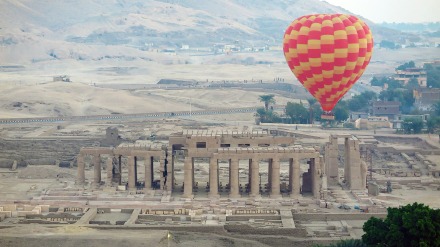 Seif had grown bored of his business in camel tours. There were so many other Egyptian’s hiring out their camels for treks around popular ancient Egypt’s ruinings that there was always going to be someone selling at a cheaper price then him.

He wanted to to do another tourist trade instead, something that was less competitive and didn’t involve smelly animals. Seif looked to the crystal blue sky for inspiration. How could he still show the tourists the Wonders but differently?

A bird flew across his vision and the idea came to him as if inspired by the Gods. By air was the way to go! But how? He didn’t want the responsibility of flying a plane and that could also be expensive for some tourists. So…?

Seif fell hard into thinking, a cheaper mode of flying…By hand-gliding? Parachuting? No, something more relaxing and less risking….Think! There must be…Ah! A hot air balloon!

Quickly, he went to work, researching and deciding. There was money to be saved, training to happen, his camels to be sold, his wife to be reassured but finally, the day arrived.

His hot air balloon had a pattern of yellow, orange and red squares. Underneath hung a large wicker basket with enough room for six to eight people including himself. He had been assigned a pitch and he put up a sign advertising tours and his prices.

He didn’t have to wait long before tourists became interested.

‘Let’s see the temple of Luxor from above, wouldn’t that be special for our honeymoon?’ a British couple spoke.

‘Come, come,’ Seif called to them, ‘as first customers and newly-wed, I give you special price!’

The couple agreed and soon they were floating over the temple, pointing things out and talking happily.

Seif smiled and thought, yes this is a much better job for me.

(Inspired by; https://mindlovemiserysmenagerie.wordpress.com/2020/01/23/tale-weaver-259-temple-23rd-january/ with thanks). 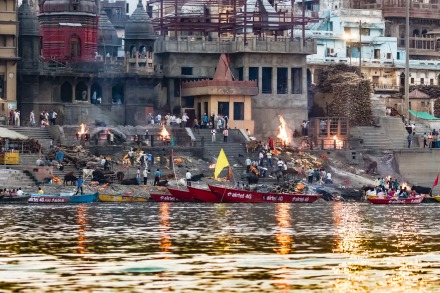 The waters of the Ganges lapped at the edge of Varanasi city’s western bank. Fires rose on the burnt ground, the flames reflected in the river like the rays of the setting sun. The smell of burnt flesh, cloth and wood chocked the air making the mixed spice fragrances of the markets seem lost in the past.

From the distant boat, I watch men bring my relative’s body down to wash in the river. I wasn’t allowed to go because it was believed women make the event more sorrowful but I had want to see this ancient tradition.