He was close. He stood on the small around about, car horns beeping at him as the drivers zoomed over the stone cobble roads. He held up the phone and watched as on the screen came the image of everything around him. Then a hit; The Arc de Triomphe.

He smiled, of course it would make sense that the Geocache would be there! He waited till, he could cross the road enough then hurried over. A few moments later, he found the plastic box tugged into a corner.

They changed the timetable of the ferry for the summer and forgot to update everything. Cars were queuing for miles, people double checking their watches then staring around confused. The complaints were flooding in like storm waves, so the ferry company had no choice but to put the timetable back again.

(Inspired by; https://flashfictionforaspiringwriters.wordpress.com/2018/08/13/fffaw-challenge-178th/ with thanks). 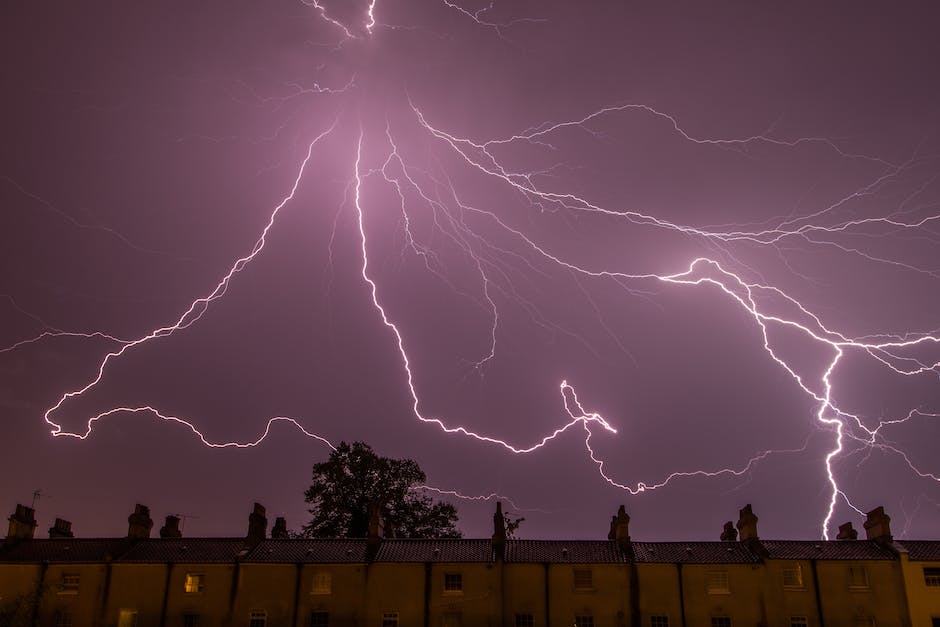 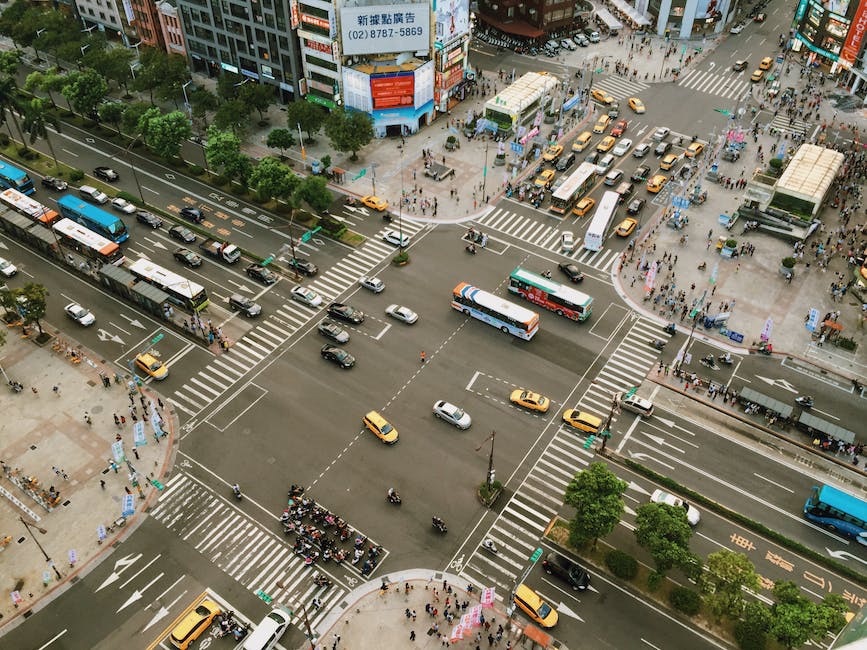 I slide the sleeve of my black jacket up and checked my watch for the countless time then looked down the road. The huddle of people who were at the bus stop with me turned to look too. I caught a glimmer of exception on some faces but that quickly faded when they saw that there was still no bus.

Trying not to grind my teeth, I stepped back into the crowd which was a mixture of school children, parents, older adults and workers but I was the only man dressed in a business suit.

‘There should have been two buses by now!’ an angry tubby woman shouted.

‘Three,’ an older man corrected, ‘the eighty-five hasn’t turned up yet.’

‘Mummy, I’m going to be late for school!’ a small girl in a grey skirt and blue uniform jumper cried out.

I looked over. The mother, an African woman with a towering head scarf on, lengthy brown coat and a long, very brightly coloured pattern skirt looked tried. She was half leaning on the double buggy which had months old twin boys almost stacked on top of each other. Behind her, six more children-four girls and two boys, wearing the same school uniform, played on the grass.

The little girl tugged her mother’s coat. The woman muttered and sent her to play with the other children.

Someone tutted at my elbow and I turned back to see a supermarket worker scrolling through his phone.

I checked my watch again. Time hadn’t moved. I grounded my teeth together, caught myself and stopped.

Looking up I saw cars lining the road. Their drivers tapping the wheel or dropping their hands out of sight. One woman was even putting on lipstick. Then the traffic began moving again, the lights further ahead had changed colour.

Everyone twisted their heads to look and there just peeking around the corner was the front of the bus.

People flew into a flurry. Pushing each other, getting out their purses, money, bus passes. The children raced back from the grass, pressing against their mother and the pram. Someone dropped their phone, but the sound of it hitting the pavement was lost in the babble of voices and mixture of movement.

The traffic crawled to a stop. The crowd sighed like a deflating balloon and became still again.

‘Which one is it?’ the old man asked.

‘I think it’s a seventeen,’ the same girl answered.

It wasn’t the one I wanted either but it would get me into the city centre of Manchester. I checked my watch again and the hands had crept around. With a sinking feeling, I realised no matter what I was going to be late to my new job again. I needed a car! Or maybe a motorbike? Perhaps, a bicycle would be better? At least my mother wouldn’t have to worry about me as much with one of those.

The traffic moved on and finally the bus pulled up. Everyone charged up as the doors opened. People getting off and on mixed together then broke free of each other. I squeezed on, waving my pass then I saw the bus was totally full.

There was nowhere for me to go as there was a blockade of people before me. I tried to look over them to see if there was any seats, but there appeared not to be. The way to the stairs was also blocked, a mother had her three children pressed into the stairwell.

‘I’m sorry but you won’t get that pram on here,’ the bus driver shouted.

I turned, my hands slipping over the cold blue metal handrail. The African family were trying to get on. The mother was rocking the buggy back, causing the front wheels to lift and her sea of children were all ready on and huddling against the other passengers.

The woman looked up, balancing the front wheels of the pram on the floor of the bus.

The woman said something under her breath that sounded like it was in a different language. She slowly reversed the pram and yelled at her children in English, ‘get off! Come over here! Tilly, come!’

The children, like tumbling puppies got off the bus and clustered around her. The little girl who really wanted to go to school burst into tears. Two of the boys started fighting and the other girls walked back to the grass again.

The doors of the bus closed and we left the family and a few other people behind us.

I clung to the handrail, though there was no need really, the press of bodies against mine was enough to keep me stable. I shut my eyes tried hard not to think about who’s fingers had just brushed my hip and who’s elbow had bumped into my bag.

Taking deep breaths, I thought about over things, like what I was going to say to my supervisor, what I might grab for lunch today, if I’d get the guts to talk to that pretty blonde a few desks away from me.

First though, I had to get through this.

All I want to do today is sit by the window and watch the rain falling outside. I want to listen to the patter of the drops as they hit the roof tops, cars, road and plants. Each sound to it’s own, but all together forming a rhythm that raises above all noise. I want to see the raindrops tumbling from leaves and dripping off. The motion so smooth that it captivates me and my eyes can not turn away. Upon the ground, the rain becomes one again like it was in the clouds. Forming stretching puddles of water that reflect the world. I witness the death of so many raindrops that I feel saddened, but in my soul I know they will soon come again.

Matt liked going to the scrap yard because he never knew what he was going to find. Parking his car in the carefully reserved spaces just outside the tall electrical wired topped gates, he got out and went in. A small box booth painted bright red to stand out against everything else sat just inside the fence, with a huge man balled up inside. Matt waved to him and clocked the scrap yard owner’s wave back before wandering in.

Towers of scrap and waste rose up around Matt like small mountains. Someone was trying hard to keep control of the towers being structured out of the same items, but it was an almost impossible task. The metal piles held abandoned cars, some looking crushed others just looking dumped where sticking out alongside white kitchen appliances which also mingled with other metal objects.

The smell was bad and Matt slipped on his cloth mask and gloves as he walked. The air was heavy with old oil, rusting metal, household waste and other rotting things. Following large paths that had been marked out of the cranes and other monster machines to follow, he approached a few of the piles and looked at the stuff on offer.

His mind rushed over all the things he could create and soon he had gathered a list of items. Finding a worker, which took a very long time, he got the young man to gather what he had picked it out and cart it back to the booth for the total and payment. He then got help arranging deliver and sent of home again.

Matt knew he always took too much home. Thinking about as he drove, he felt he couldn’t help it. Somehow, people’s unwanted items took on new forms under his hands and found so much joy in it. What had once been his hobby was now his way of life. A way of life selling recycled art.

She looked out of the window as the bus came to a red light. Across the pavement was a large strip of grass that boarded the park fence. She could see the green shoots of flowers poking upwards. She wondered what they were. Maybe snowbells? Perhaps bluebells? Those at the back had to be daffodils as they looked too big to be anything else. The bus started up again and she told herself it was a sure sign that Spring was on it’s way.