I found this on one of my fellow blogger’s pages and I wanted to share it on here. All you have to do is go to Hugh’s blog and leave a link to your own blog and then Huge will donate a £1 to Battersea dogs and cats home for each link!

Pictured above is my current dog Patch who came to live with us when her owner, my uncle, passed away a few years ago.

My first dog though, Sandy, pictured below, came from Manchester dog’s home. She passed away years ago now but I’ve not forgotten her and do miss her sometimes. It felt get to rescue Sandy and give her a great home for the rest of her life.

There’s so many animals in need of care and new homes right now and it would be great to help as many as them as possible.

Saying that though, Christmas isn’t the best time of year to get a new pet, so think carefully if adoption is on your mind.

(Photos both my own). 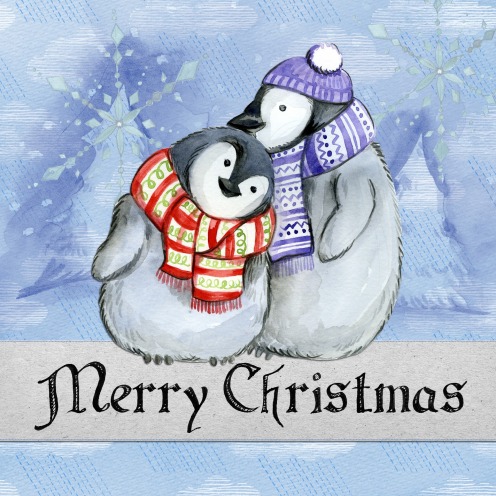 Sitting back in her armchair, with hands that never stopped shaking, Mary opened the envelopes of the three letters the postman had just put through the door.

The first was an electric bill she would have to go to the post office to pay off. The second was a junk letter about signing up for a credit card and the third was a charity circular  which as well as wanting her to send money for homeless people, contained a Christmas card and gift sticker labels.

Mary looked at the Christmas card, it was a drawing of a brass band playing in the snow next to a town centre war memorial. She smiled and opened the card. It was blank inside.

Putting the other letters aside, Mary got up and placed the card with the handful of others on the window sill, next to the little Christmas tree who’s fibre optic lights changed colour and give little magic to the cold room.

Going back to her chair, Mary pulled a blanket she had knitted over her knees and dozed in front the TV. She was not interested in watching much now, it was mostly the background noise and the sound of voices that made her keep the TV on all the time.

The doorbell rang around lunchtime, breaking into a dream Mary had been having about being a little girl lost in a snowy countryside. Mary stirred, heard the door unlock and open.

A voice called out, ‘Mary? it’s only me, nurse Sandra. Sorry I’m late. It’s terrible weather out and Mr Lambrook fell this morning! Such a fuss! Are you okay?’

Sandra appeared in the doorway, rain dripping off the hem of her health visitor’s blue and white dress. Her dyed bright red hair was tied back into a bun and her face was blotchy red with cold and rushing about.

‘How about I make us a cup of tea and some soup?’ Sandra asked.

‘That would be lovely.’

Watching the lunchtime news they ate and drink, making light comments on the daily events. Then Sandra ran some health checks on ninety-three year old Mary, asked some basic questions and made a few notes.

Waiting for Mary to come back from the bathroom, Sandra noticed the new Christmas card and realised she had received the same one yesterday. Getting up, she left her notebook on the chair and went to the windowsill. Picking up the card, she opened it and saw it was blank.

Placing it back, Sandra looked in the other cards and found that all ten were blank. A few had come from charity letters, one from a high street shop valuing a loyal customer, another a craft magazine sample and two others from packs of cards that donated money to charity when brought.

Sandra felt a wave a sadness. Had no one sent Mary a real Christmas card this year and when was the last time anyone had?

Hearing the toilet flush, Sandra returned to the other armchair and took up her notebook once again. She wanted to write her finding down and suggested Mary was lonely. Sandra knew not much would come of that though, other then another push to get Mary to move into a care home. Mary had repeatedly refused, she wanted to die in the house she had been born in, like her mother before her.

‘Did you manage okay?’ Sandra asked as Mary shuffled into the room.

‘Yes,’ Mary answered though she seem out of breath.

‘Right. I’ve just a few more things and then I have to go.’

They finished up, said their goodbyes and Sandra went out to her little blue car. Sitting there, Sandra looked at the closing door of Mary’s house and wished she could do something to help the old woman.

The next day, the postman dropped more letters through Mary’s door. Mary hobbled from the kitchen were she had been cleaning up milk she had spilt. Collecting the letters, she went back into the kitchen where it was warmer and opened the envelopes.

There was a Christmas card and inside was writing.

Mary read the words, tears coming to her eyes. Sandra had sent her a card.

Abandoning the other letters, Mary took the card and moving the blank charity one, placed Sandra’s next to the flashing tree.

All day, Mary’s eyes kept going to the Christmas card and she found herself constantly smiling.

The little bell chimed over the charity shop door and Chloe stepped inside out of the autumnal wind. Swapping her Tesco shopping bags to her other hand, she helped the door to close then weaved her way through the clothes racks. She walked to the glass jewellery cases and looked inside as two old women behind her muttered about the half-price pair of curtains.

Before Chloe’s eyes fixed on the glass case, she glanced at the bored looking teenage girl behind the counter. She had blonde hair in short pig tails and a nose stud in her too small nose. She had on a dusting of pink eyeshadow and lip gloss that made her look a lot younger. Chloe looked back on the case and saw the perfect necklace to go with her new dress. It was a large bronze oak leaf with a small key and circle disc next to it on a brown leather thong.

She couldn’t read the price on it, so she went to the counter to ask. The girl gave her a sulky stare, but still went to the glass cabinet and got the necklace out. Chloe took it and saw the price was three pounds. The necklace felt light in her hands, but looked newish.

The days passed and it had actually gone two weeks before Chloe wore the necklace for the first time. Putting the leather thong around her neck, she caught a whiff of unfamiliar perfume and paused. She tied the cord then sniffed it. The perfume came to her once more, it was faint but smelt flowery.

Sitting on the bed, Chloe played with the necklace and wondered about it previous owner. Who had she been? A young woman with fancy tastes and a lot of money? Chloe shook her head slightly, nope, a woman like that could have afforded better than this. Maybe the perfume had been a gift? She took a few deep breathes with the leather thong under her nose and tried to figure out the fragrance as well as any images of the owner.

When nothing came to her, Chloe slipped the necklace off and decided against wearing to go on her date. There was just something too odd about having the scent of another woman on her and all the secrets she might have kept.