Strong winds blew summer away, everything became colder and darker but colour bloomed in the changing leaves which danced to the ground.

Looking out of the bus window at the gloomy winter day outside, I signed deeply. I was tried of the cold, darkness and snow, a change was needed. Then my eyes caught something a a patchwork blanket of green, purple and white on a small hill. Could it be? I fixed my eyes as we passed by and yes! Early spring flowers were shooting up and defying winter! This was it; the hope I craved! Smiling, I settled back in my seat, the knowledge the spring was almost here comforting my thoughts.

When the house got to cold the best place to be was in bed. There I could wrap up warm in the winter duvet and blankets, turn on my little heater and wait till I could feel my toes again. I read a library book to distract myself and listened to the fan whirling as well as the noises of the old house. Sometimes I’d hear other things; animals, the weather, stray notes of music. Tonight there were fireworks.

I dozed in-between reading chapters and checking the time. It was far too early for bed, yet the darkness blocking the window was suggesting otherwise. I’d never slept well in this house, even as a child when I’d come to stay with my grandparents which had been too often…

The memories were still heavy in the air, single moments playing over and over again, like ghosts I couldn’t escape from. I hate being trapped here, just like back then, but no one wanted to buy the house and without a sale I couldn’t move into other. So, it was either this roof over my head or none. I’d already been ‘none’ a few times and any roof was far better.

Perhaps, it was some unknown unfinished business holding me here or a curse? I didn’t believe in either thing. It was just the bad luck of my life. Reminding myself to contact a few people tomorrow, I closed my book and turned the heater off. The bedroom was warmer. I kept the lamp on though, I never slept in the totally darkness.

Settling down, I listened to the fireworks still going off in the distance. It was a few days after bonfire night but people still seemed to be celebrating. The loud popping, whizzing, bangs and crackles re-breaking every few minutes. I kept second guessing when it was over till it finally was.

Then, in the house I hated with a passion, blissful sleep stole me away.

Autumn is finally back! Though the last few weeks of August have felt boarder line. There’s been lots of rain, less sun and a dip in the temperature. So, the change in season isn’t much of a shock. I should’ve known it was getting close to September because of all the back to school and autumn themed stuff in the shops.

I brought some notebooks, pens, colouring felt tips and two colouring books. They were in the sale and were really cheap. It’s a good time of year to top up on stationary! They’ll be selling the rest of it off soon. Though how many notebooks and pens does an old woman actually needs?

The roads are going to be so bad again this week which makes me grateful I don’t drive anymore. Though, it’ll give me something to watch out of the windows in the morning! The buses will also be packed, good job I can only travel after nine on my bus pass but I’ll have to be careful getting back in-between two and four. Must remember to all my shopping before lunchtime now.

I’ll be able to lit my fire again too. I wonder if Mr. Haydock from next door will help me collect the wood and coal like he did last year? Between you and me, I’m sure his affections have grown but he’s been too busy with his gardening and veggies these last few months. Perhaps, if I put a bit more effort into things?

Maybe, I’m too old for all of that, but it would be nice! To have a companion again, someone to share meals, TV shows and a bed with….I’m getting too ahead of myself! I have Misty, but I swear she has her own life and only meows when she wants something. It’d be nice to a have real conventions with someone. Not that the chats I have with the girls at the day centre are not real but they tend to be full of gossip!

It’s getting darker outside now and it’s only about eight-ish. A sure sign that things are about to change. I need to get up and turn the lights on, plus it’s almost time for some TV shows and a cup of tea. In a few weeks, I’ll be able to feel the cold in these old bones but I won’t mind. I do so love autumn!

You had been feeling run down all of yesterday but you had thought you were just tried after running from meeting to meeting. Now though, as you wake up, you realise you have a cold. Struggling to get up, you hope a shower and a cup of tea will help. Doing that seems to help but even before you get dressed you know you’re not going to make it.

You phone in sick and crawl back to bed, feeling guilty. You should go in but your head is pounding, your nose dripping and your eyes feel so tried, you don’t feel like you’ve just been asleep. You pull the duvet over our head, nestle into the pillow and let sleep cart you away again. 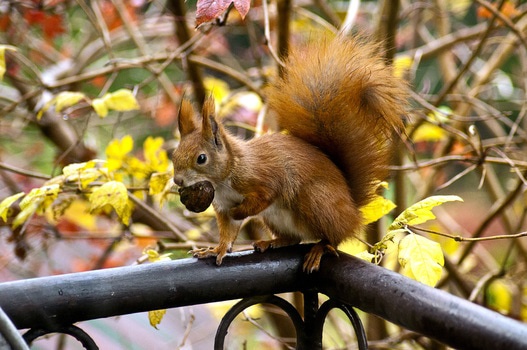 George looked out of his window, ready to admire the birds flocking into his garden. A twitching of a tail caught his attention and he saw a red squirrel. The little fiend was scampering along the branches towards the cage of peanuts.

George tapped on the glass, cursing loudly. The squirrel stopped, watching him with beady black eyes then with a tail flick, the creature attacked the wired bird feeder. The squirrel snatched a nut into his mouth and before George could open the back door, had vanished into the tree top.

Cold wind, blew into his face and George felt the chill setting into his knees. He yelled loudly, but of course it was too late, the thief had gotten away again.

She had been believing that it was hay fever over the last few days.

Awaking, she felt worse and realized it was a mild cold.

Sighing, she decided to spend the day in bed, hoping it would go away with rest. She was lost and she didn’t know how to get home.

The snow claimed everything like an anger cosmic god.

Harding, cracking and bending everything as it went.

Transfixing people with it’s beauty and making them forget how deadly it could be.