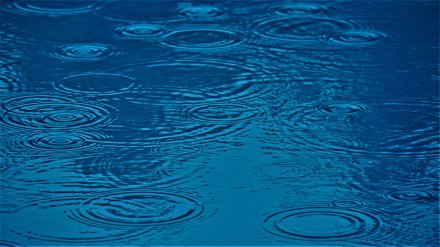 It had been years since they had seen rain. The sky was was always clear, icy blue and the black ground dry and cracked. They, the plants and animals survived by the deep holes drilled into the ground and the pumps that let the water come up.

The water was heavily restricted; only two water pots per house a day then additional ones for people with animals and plants. In summer, this was further restricted as the need to make sure the water was saved became a priority.

The look outs, who normally yelled the sightings of travellers and enemies, were the first to spot the cloud back. Only one of them could remember the last time the sky had changed.

The message spread like birds taking flight in a panic. People gathered, faces to the sky then they hurried for anything that would contain the water. The streets became cluttered with pots, bowls, cauldrons and all manor of other things.

With held breath and quietness, everyone waited and after what felt like a life time, the sky became dark and grey. Then the first drops fell, a few spots here and there like a soft cast off of spray.

Then it started pouring down.