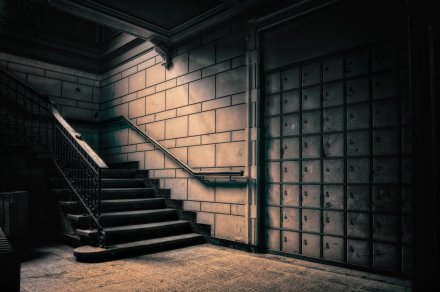 The underground world had been closed for so long because it hadn’t been needed. Some sections had been turned into tour routes for those interested in history and ghost hunting. It was never thought that the space would ever be required again.

Then the outbreak happened. It was pushed off as a simple disease before levelling up to a world sweeping plague. Millions of people died but they didn’t stay in their graves.

The government repaired, improved and kitted out the underground cities, factories and farms once more. People moved in, coming not just from the country above but from others as well. Builders had to construct new sections and everyone had to pull together to survive.

The world above become ravaged by war and death, disease ran wild and people returned from the other side, their bodies reanimated, their hearts and brains nonfunctional.

Anybody who died in the underground world was thrown out the steel doors and just left there. Burials, prayers and rites no longer had a place and the families could only hope their loved ones stayed dead. 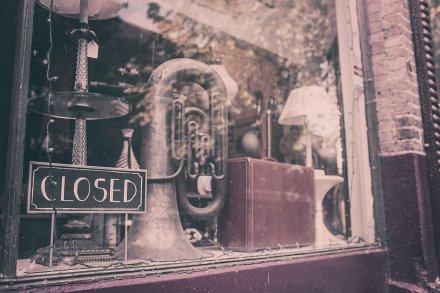 She had only read in books and seen in movies what a dystopia setting could be like but now she felt as if she was really living that experience.

Everywhere was closed, streets were empty and everyone was staying inside as the lock down directed them to do.

She looked out of her window at once busy roads and shops and couldn’t help but think how quiet it was as if anything had stopped. Tank looked up at the statue of a sliver car with the words ‘Rock Rogers’ scrawled across the side whilst his breathing echoed in the protection filter mask.

The earth’s ground air was too poison to breath and the humans that had survived through the V-Plague of the late twenty-first century now lived underground and the sky. Tank and his crew came from one of the sky communities and their mission today was only a close visualisation one.

‘They worshipped some strange Gods in the past,’ Tank muttered. 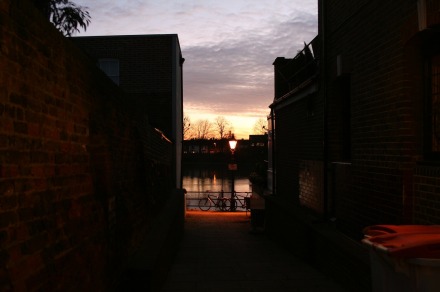 The alley was getting darker as the sunset. I lent against the wall and watched the streetlamps flickering on. The rain had stopped a few minutes ago, water dripped off the broken guttering and the overfilling bins. I had no idea how long or how much longer I’d have to wait but it was going to be worth it.

I tried to look casual, perhaps acted like I was looking for a lost kitten or something but it was hard to be so normal in a place like this. I hadn’t seen any police or soldiers or anyone else who looked suspicious. The only other sounds were from the cramped houses either side of me; babies crying, children talking, adults shouting and a lone dog barking.

A rattling of the broken wire fence at the back of the alley and the shuffling of feet drew my attention. It could be him or it could be someone else… I cast about and made clicking noises as if I was looking for a lost pet.

A hacking coughing stopped me and I looked up at the small man standing in the shadows. He was wearing a massive coat that covered him from head to floor, a floppy hat that covered the top of his head and give his face more cover. He might also have been wearing a woollen mask but it was hard to tell.

I walked over to him nervously but trying not to show any fear. There was enough light from the streetlamp to aid us and I tried not to stand in front of it. We both looked and listened, giving enough time for anybody watching us to jump out. Everything seemed normal.

Slowly, the small man opened his coat and there was a soft rustling sound. Light flashed across something shinny. He held his arms wide and coat high to reveal the many pockets sew inside which were stuffed full of bootlegged products.

I licked my lips and stepped even closer. Forgetting for a moment that we had to be careful. Someone could still be watching us, waiting for either the handover or the completion.

‘What you got?’ I whispered.

‘Whatever you want,’ the man hushed back, flashing a smile that showed off his golden teeth.

I looked then pulled out a small grey packet. I felt the weight in my hand and decided that was fine. I put it in the secret pocket in my jeans.

I pulled out a small box and looked quickly inside. I nodded and slipped the box into a pocket inside of my coat.

‘Right middle. I got dark, white or milk.’

I selected a small paper wrapped bar of milk and eased it down the side of my left boot.

He named his price and I handed over a few packets of cigarettes, painkillers and ketchup.

Satisfied we both walked away as it started raining again.

(This story was inspired by my fiance wondering what it would be like if chocolate was banned. This scene came into my head and I had to write a short story about it!) 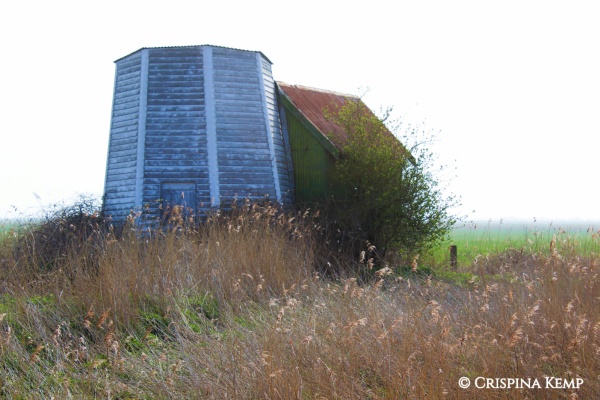 I didn’t like the mill. There was something odd like it was only pretending to be an old wheat processing place.

There was no point sharing this worry. Nobody believed in my notions. It was best to keep quiet and get on like everyone else. Rumours about the New Law Army taking people away were circling again, so it was best to do nothing.

Whatever the mill was – real or a hide out for spies- I had to let it go. It wasn’t worth investigating and getting taken away for.

Godmon forever watched us and knew all we did. 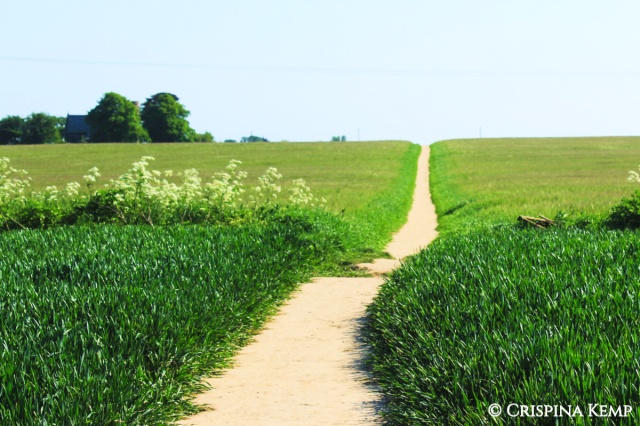 He walked down the dirty road, the only sounds his movements and wind in the grass. He had been out hunting – if you could call it that. In his rucksack were rusty cans of vegetables, stewed meat and bottles of clear river water which he still had to boil before drinking.

Arriving back at the farm house, he checked on things – animals and crops good – then he sat at the worn table and ate a tin of peaches. He found them good but too sweet, still he savored them, knowing they could well be the last just like he was.

(Inspired by; https://crimsonprose.wordpress.com/2019/07/10/crimsons-creative-challenge-35/ with thanks). 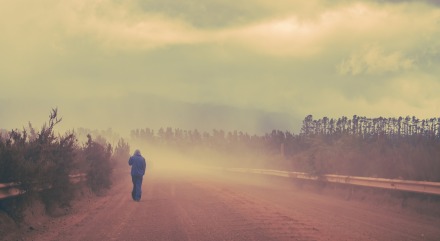 Dustsceawung; contemplation of the dust. Reflection on former civilizations and peoples on the knowledge that all things will turn to dust.

I dreamed again last night. Everything was gone. Dust storms blew through empty buildings and burnt out cars. The wind howling like a dying animal, the sound amplified.

I walked, face wrapped in a scarf. There was a children’s playground. A skeleton against the wire fence. Didn’t like real. Reminded me of models in classrooms. The skeleton had yellowed bones. Fingers curled around holes in the wire fence. Empty eye sockets staring. Mouth open in scream.

Instantly, the skeleton crumpled. Dust at my feet which the wind blew away from me. Crying out, I ran away. Tripped and fell. Dust in my eyes, nose and mouth. Dust suffocating me! Wind deafening me. Gone. Gone. Gone.

We are all dust. We come from dust and we return to dust.

Thus, the circle goes on forever.

(Join in the challenge here; http://www.a-to-zchallenge.com) 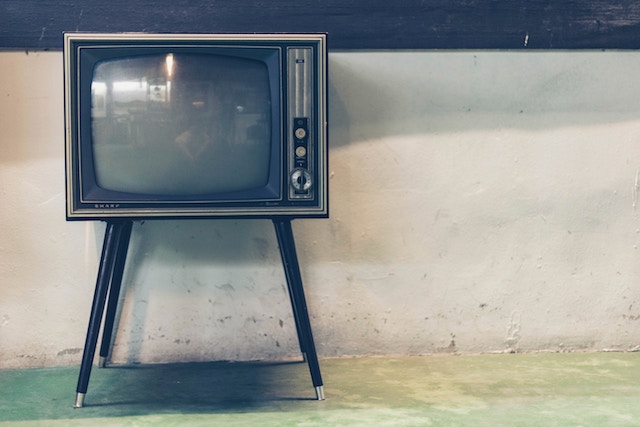 Walking through the houses of the Old World, Peanut was always fascinated by the items they could find.

Today, she had turned up a dial TV which Grand Pops explained was used to show information in moving pictures with sound direct to people, but it had also been a part of the Old World’s downfall because it had forced everyone to stay inside.

The tale was easy to believe because generations of the last humans had remained behind the steel door and it was only now they were adventuring out to see what they ancestors had left them of the world. 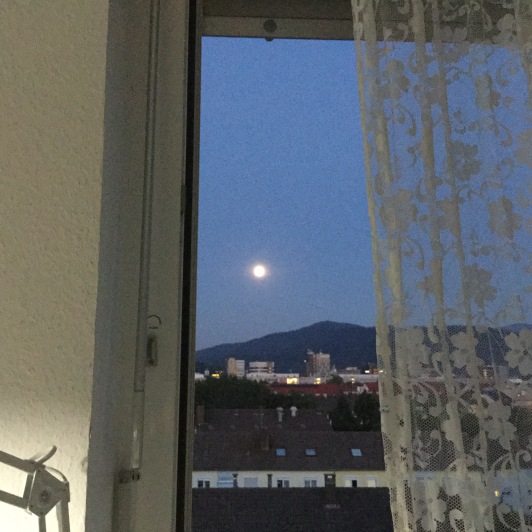 The unreal moon rose, full and dull white, shining in a too sea wash blue sky. I moved the netted curtain and opened the window. There should have been the sounds of the town; the cars, the people, the too loud TVs and crying children, but there was hardly anything.

I looked out, wasting more seconds, as I vented silent hatred over how this had all come about. The Government said it was for our own good, war was on, everything was being faked for our protection. I didn’t believe it, but what could one man do against all of this? 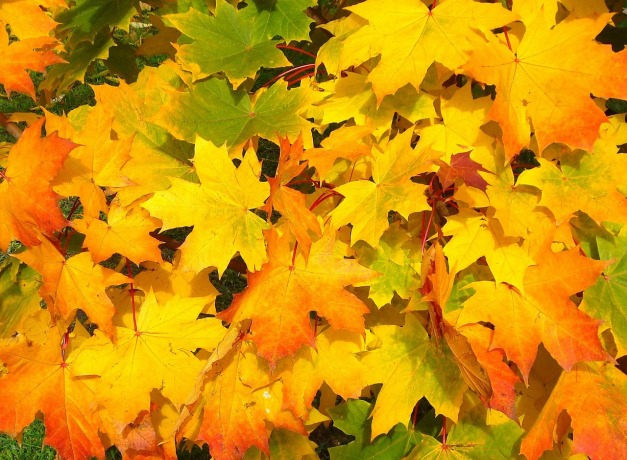 I was lucky to find this postcard in an antique shop and I thought you’d like it. No one living now can remember season changes, it’s always summer. (Of course, you know all of this!) How is your museum of the Old World doing? Busy, I hope! I’ve found a few things for your collection but I can’t post them to you whilst I’m flying! It’s letters only. In a few days, we will have reached the Drown Tropic Islands and then I can find an airship who will deliver.

Always remember the Elders are watching,