It had been a rough year. Everything that could have gone wrong had. Normally people have bad days and weeks, but for me things had kept spiraling. Now, I was forcing things to be up again. So far it was working.

I guess there weren’t many people who didn’t know about my struggles which is why I had no idea who left the handmade postcard in my diary. It had to be someone at work because I’d not left my diary unattended anywhere else.

There were no clues on the card though. It simple said two things. ‘Better’ on the front in bold bright letters and ‘Be a better person’ on the other side in bright blue. It had been printed off a computer, so there was no handwriting to go off.

I sat at my desk, holding the postcard in both my hands and staring at it. The office chatter had died down as it was lunchtime. A few people were still working away but they are all too far in the background.

‘Be a better person,’ I said aloud, just to make sure I had read the words.

What a strange thing to say.

It didn’t feel motivational or inspiring.

I stuck the postcard next to my computer screen and looked at it. My mind was reflecting on what someone was trying to tell me.

My moods and behavior hadn’t been good lately, but that was understandable. My husband’s affair, the divorce, finding out his new wife had given him the baby I never could have, my dog dying, the car crash and month in hospital, almost losing my job and house. Did that make it reasonable that I’d become an emotional and mental wreak?

The word “better” was sticking with me. Why not strong? or powerful or something else. Of course they could mean it in the get well sense, but even then….

I picked up the postcard and tugged it back into my diary. It was just too distracting.

(Please note this is a work of fiction. None of it reflects my real life.) 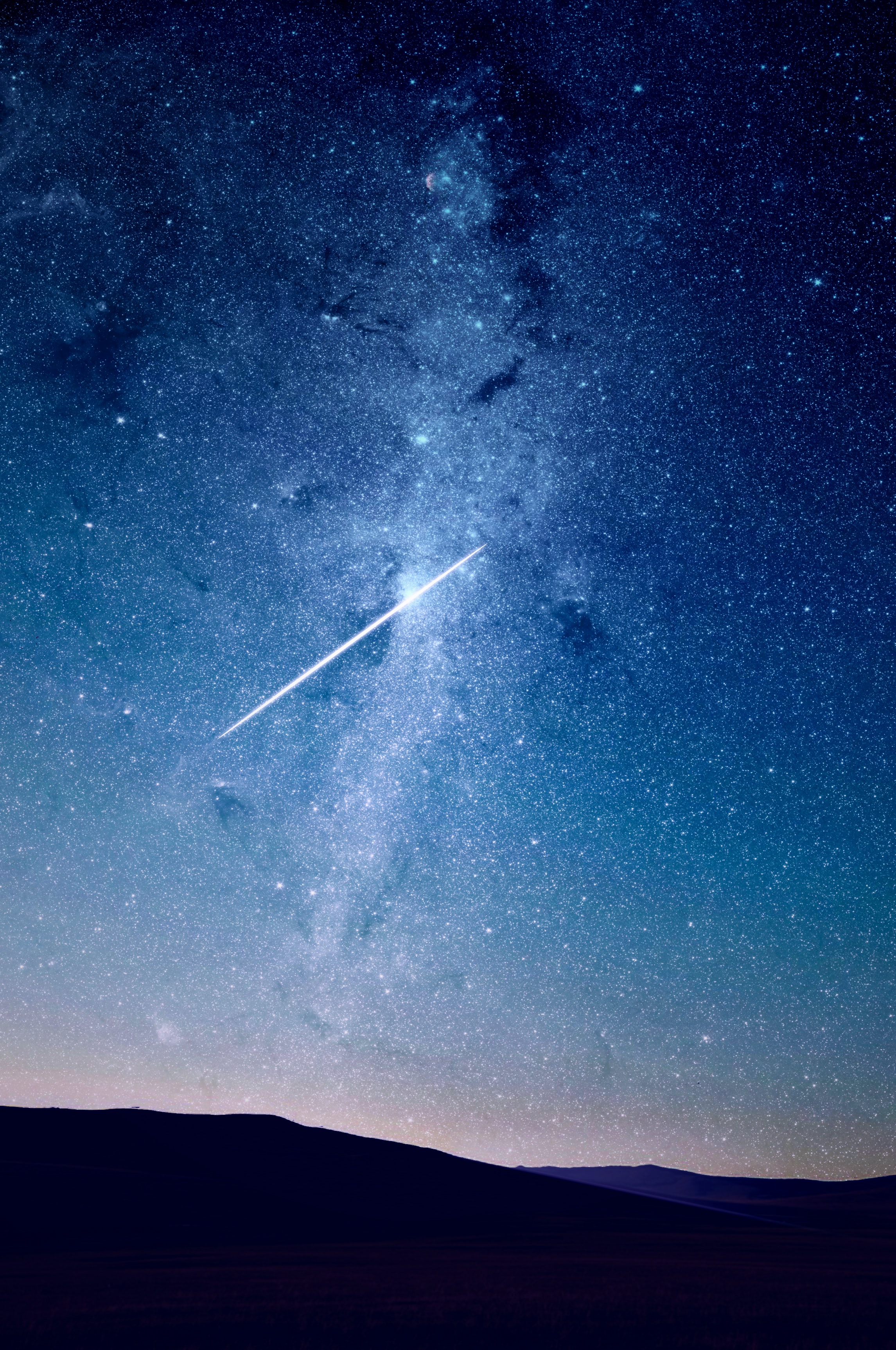 Milly wanted a black hole to appear and swallow her. Grabbing another tissue, she wondered what that would actually feel like. Straightening up, her eyes fell back onto the phone screen, causing her to take the words in again. It’s over, glared up at her like an ugly scar that wouldn’t go away. Her fingers strayed out to tap something into the empty box below, but she couldn’t bring herself to reply.

Her desk blurred as another round of tears took over. Sniffing, she buried her face in the harsh paper and give up the fight. Squeezing the tears out and gasping for every breath, Milly felt a tension headache building. Wiping her face and throwing the tissue away, she brought her handbag up from the floor and dug around inside it. Pulling out a packet of painkillers, she went to take two tablets then paused.

She glanced around the office, peering over the top of her claustrophobic cubical. Everyone was caught up in their own worlds of doing their jobs and no one was watching her. Milly looked down and had the fleeting thought of taking the other ten tablets that were in the packet.

Clutching the two in her hand, she threw the packet back in her bag and grabbed a bottle of water. Taking the tablets and a mouthful of water, she buried that dark thought in the corner of her head. Finishing off the bottle, she dropped it into the bin and looked down into the crumples of rubbish.

It feels like I’ve easily been thrown away too, she thought.

Rubbing her eyes, she focused on her computer, but couldn’t concentrate on the lines of names and numbers. After a few moments of scrolling up and down, she decided to call it quits. There was no way her voice and her emotions were going to hold steady cold calling people now. She closed everything down and gathered her things, including her phone, which she didn’t look at as she threw into her handbag.

Getting up, she walked to the manger’s room and knocked on the door. He waved her in, though he was on the phone and she had to linger just inside whilst he finished.

‘I’m really not feeling well,’ Milly said in a shaky voice as he looked questioningly at her. ‘I’ve got this killer migraine and I’m feeling very flushed. I’ll make up the two hours sometime next week.’

He eyed her suspiciously, ‘alright…’

‘Thanks,’ Milly jumped in and left before he could say anything else.

She hurried out of the office, not bothering to say goodbye to anyone and went to her car. Sinking into the driver’s seat, she stared at her handbag on the passenger’s chair and thought about calling him. Maybe, I can fix things… her thought trailed. Her hands reached out, but then she decided driving home first was more important. She looked up at the office windows and saw a still figure seemingly watching her.

Milly drove home on autopilot, struggling to hold back the tears and a sea of turmoil thoughts. She pulled up outside her tiny flat, having easily cut her journey time in half on the quiet roads. Grabbing things and getting out, she locked the car and went to the door.

Grateful no nosy neighbours were around, she let herself in and went straight to her bedroom. She dumped her stuff, got changed then sat on the bed with her phone. The text message was still there, waiting for her reply. She frowned and thought about what she’d say as her fingertips toyed with the phone’s protective case edges.

Finally, she set the phone aside. Her mind made up that she wouldn’t reply. Curling up on her bed, she grabbed one of her teddy bears and began crying loudly into the soft fur. Pain hammered into her chest and she came up gasping for air like a diver. She wiped her face and lay quietly, soft moans escaping her chapped lips. She rubbed her chest and felt the black hole opening up in the middle of her heart and swallowing it whole.

It was the wrong thought to have at that moment. Sallie shivered and placed the paperback romance novel into her lap. Her eyes shoot across the swimming pool and she easily spotted her two children and husband in the water amongst the other holidaymakers. Folding her hands together over the open pages, she watched her husband spinning her eight year old daughter around whilst their five year old son clung to his back. They laughter rose towards her, drawing her into a comforting hug.

She twisted her hands together and watched the other families and single swimmers. Summer sunlight flooded into the conservatory style building and played across the water. A few other people sat on the side-lines, napping, reading and looking out over the pool. Everyone looked just as happy and oblivious. In a flash, she was back in Malta by the hotel’s outdoor swimming pool.

It was a bright day and so hot most people had hit the beach, but they had decided to stay in the hotel because Sallie hadn’t been feeling very well. Her husband was in the pool with their daughters teaching them both to swim. She watched they blond hair fanning out behind them and remarked how twin like her girls were though there was four years between them. She shut her eyes falling asleep to their laughter and water splashing.

Sallie fought back the memory. Rudely, she shoved it away and came back to the now. A few more people had gotten into the pool and she wondered how much longer till her family got out. She turned back to her book, but couldn’t concentrate on the love triangle forming between the characters. She could still see her eldest daughter, Sadie, with her golden hair bouncing in the sun and her bubbling laughter.

What had we been doing when it had happened? She wondered. She couldn’t remember, everything was so patchy and displaced. There had been the mad dashing around the hotel, the beach, the local town, the talks with the police, the putting up of posters. Sallie bit her lip and swallowed her tears. She tried to tell herself it no longer mattered she still had two wonderful children.

She watched her husband helping her daughter, Cassie, out of the pool and her running over. Sallie collecting one of the towels, wondered how much Cassie remembered. She had been barely three years old and had spent the years before her brother arrived asking for her big sister. Sallie wrapped Cassie in a towel, rubbing her down. Then she pulled her daughter into her lap and they watched as father and son joined them. Had she ever had a third child?

Yes, I had once, she thought, but not all together. Riley would never know Sadie, his only memories would be what they told him.

Sallie sighed into her daughter’s hair and wondered what had happened. Though she couldn’t remember much else, she remembered the police officer saying they didn’t know what had happened. The child had gone, yes. The child was dead, they didn’t know. The child had been kidnapped? Possibly, but they had nothing on this. And the footprints at the swimming pool’s edge and a maid’s sighting of a little girl playing in the water? Couldn’t be validated.

They might never know what had happened and perhaps it was best just to let it all go.