The hag held out the shinny red apple but Snow White refused it. The princess turned away thus changing her fate forever.

The orange and yellow flames rose, licking the red smoke which billowed into the night. Ewqor stared down at the burning wood and breathed in deeply through his mask. There was a heavy sweet scent mixed within the smoke, almost as if a meadow of flowers was burning.

He shut his eyes and let the magic take over. A tingling feeling shot all over his body then he was flying and the smoke was dancing all around him. Ewqor opened his eyes and saw the near future playing out before him.

There was the King on his throne, grey with age and worn down by the country’s responsibilities. At his side was the empty throne of his Queen, recently dead and standing next to there his eight daughters. The oldest four were married, Queens to other Kingdoms and with their own children. The other three were engaged to Princes far away but the youngest, in her early teens wasn’t ready yet.

It was her, that Ewqor focused on. The late flower from the Gods, as she was known as. The King and Queen had been too old to have any more children, but they had been blessed with Morning Lily. She was smaller then her sisters, with light pink hair and violet eyes but she hadn’t followed in anyone’s footsteps.

Living in the shadows of her mother and sisters, should have made Morning Lily nothing. Instead though, the people loved her unusually beauty and kindness. It was unlikely she’d sit on a throne, so her other nickname had become the Eternal Princess. Morning Lily seemed to have accepted this but through the vision, Ewqor could see is it wasn’t to be her fate.

He shut his eyes, controlling himself back and letting the smoke cover the future throne room. Ewqor gasped as he was slammed back into his body. He stumbled but quickly gained his footing. He raised his head and pulled off his mask. A light rain fell on to face and he felt refreshed.

Leaving his servants to put out the magic fire, Ewqor went to see the King. They had a lot to talk about.

(Inspired from; https://scvincent.com/2017/07/20/thursday-photo-prompt-mask-writephoto/ with thanks) 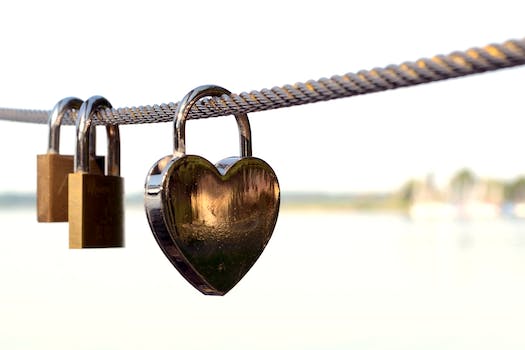 (Inspired from; https://dailypost.wordpress.com/prompts/tether/ with thanks)

I knew a girl called Apple once. We went to first school together and I use to admire her from a far. It was more then a crush, I was in love, but I was only seven and didn’t understand all of that. I’d watch her in the playground has she skipped rope or kicked a football.

I’d sneak looks at her in class too, though we sat at opposite ends of the room. She was on the red circle table with the rest of the clever kids. I was on the green square table with the dumb kids. In-between us, I think were yellow triangles, blue rectangles and purple hexagons. Apple liked art, maths and science. The opposite of me as I liked; writing, reading and lunchtime.

Apple was pretty and her clothes were always clean and new. She had fair skin, bright blue eyes and blonde hair which was in two pigtail plaits. She never had any cuts of bruises on her legs and arms. Her socks were shocking white and her black buck shoes shinny. Everyone loved her and wanted to be her friend.

I was the ugly duckling of the class. I was short and fat with choppy black hair and dark brown eyes. All my clothes and shoes were old second hand ones. I seemed to have a new bruise or cut every week thanks to my fighting with my older brothers or the many animals we had. I was always mistaken for a boy too and for many years I believed it was so, even though I was a girl.

I don’t think Apple and I ever talked or played together. We lived in two different worlds and even at that age, I could see that. I was jealous of her, especially when she got invited to parties or when she was giving out invites for her parties. I never got invited to anything, at least I don’t remember if I did.

I spent a lot of school being alone. I had a few friends, but they were too much like me and nothing like Apple, who I wished I could be. I couldn’t find the courage to talk to her though. The fear of being further rejected hung too heavy over me. I hoped maybe we’d be grouped together to do project work or else when the tables were remixed in the new school year, we’d be sat together.

It seemed fate kept us apart and then we moved on to big school, we went to different ones and I never saw Apple again. I hoped and daydreamed I’d see her again. Maybe, she’d transfer to my school or I to her’s? Perhaps, we’d meet again in college or uni? but no, Apple vanished from my world.

She lingers still in my mind though. On nights I can’t sleep when I’m alone in bed because my wife is working away, I think of Apple. I think of what could have been if only we had meet again or when we both had been older. Would Apple have loved me as much as I had loved her?

Roisin sat alone in a darkened room with only the flicking of candle light for company. Arranging her long and many skirts around the stool before settling at the low table, she shut her eyes, drew in a deep breath and prepared herself. Gently tugging back the purple velvet cloth she had draped around her like a shawl, she picked up the card box in her left hand.

The black liqueur box felt cold and smooth in her net gloved hand. It weighed heavily in her palm and she thought about this feeling. The box seemed to hold fate inside of it and mysterious that only the universe knew. That’s where all the weight come from secretly. With her right hand, Roisin slide the lid off and looked inside.

A very faded, but once bright red colored patterned card back met her eyes. The design was flowing, plant leaf like and had an Italian air to it. She touched the white board, which was yellowed with a hundred or so years of age and many fingers. Slowly, she lifted all the large cards out and put the box to one side.

Even though the cards weighted less, they felt more heavier in her hand. Roisin looked at them then held them out as she asked the invisible fingers of fate to touch them. She shut her eyes again and pictured shadows reaching out from the corners towards her. Upon opening her eyes nothing had changed and she was still alone in the room.

Pressing the cards together in her hands, she thought about what she wanted to ask. She felt a slight tingling in her fingers then began to shuffle the cards. For a few moments, she imaged herself in Ireland, deep in all that green and legendary land. The sound of the sea maybe or the wind in the trees. She was there with other people who were waiting in the shadows. They were farmers, maybe, village folk and they feared her yet were fascinated by her.

The image faded and Roisin came back too. She was sat in her bedroom again. The black out curtains on the window, the candles flicking against the walls and the silence pressing down on her. She looked at the cards and realised the shuffling had stopped. Placing them down, she drew the top three and lay then side by side.

Her fingers strayed towards the set aside deck and for a moment she thought about drawing more and making a cross. The reading would be more in depth, but not any clearer. Deciding, she didn’t want to be sat puzzling over the messages, Roisin removed her hand and touched her finger tips to the first card.

She flipped it over, the nine of cups; the wish card. One of her wishes or hopes had come true recently. Happiness and love was her’s and there was good luck in her daily work.

The next was the three of wands; presently she should be experiencing more success and financial matters were better. She should be proud of her work and perhaps a new job was coming up. Life and love was looking fine as long as she was being treated as an equal. If not it was time to move on and if she single, she needed to allow more time.

The last one. She turned it and pressed it down on the table. strength; remember to stay focused and keep things in check. Spend quiet time being reflect and keep a straight head. Work should be going well, there is room to move up or around though and finally find your true worth. If she was in love it was going well and if not now was a good time to find someone.

Roisin rested her hands on the table. She didn’t need to ask the deck anything else. She slipped off the make-shirt shawl and gathered the cards back together. She put them back in the liqueur box then from under the table took out a plastic box. Ignoring the papers and other stuff inside, she put the tarot cards away.

She got up, her thoughts still reflecting on the reading. She blew the candles out and lifting the blinds, let the dull autumn afternoon back inside. Her bedroom lost all of the sinister atmosphere and became a bright space once more.

She packed everything away and got changed into normal clothes again.

The reading had been good. Yet, she felt drawn to find out more. There was always a turn. The cards promised so much and yet fate loved snatching it away. She sat down on her bed next to the box which she couldn’t put away until the candles had gone back in. Roisin looked at the black tarot box through the wavy plastic lid.

They called to her in away she couldn’t described. She could heard them whispering to come out again. Other people needed to hear their fates and she had to be the one to tell them. Her family line was of tellers, so it was her destiny. But she couldn’t do it. Never had she been able to bring herself to embrace it and become one with this ancient magic.

Roisin couldn’t keep away and that was why on Halloween every year, she opened herself up to it to give her some peace. One day though, she knew it would consume like every female member in her family. She would leave like her mother, grandmother and aunts, going wherever the string of fate lead her, telling those who would listen the messages she had for them.

There would be no coming back from that.

He threw the coin into the wishing well and didn’t think any more of it, until a week later when a beautiful blonde moved in next door.