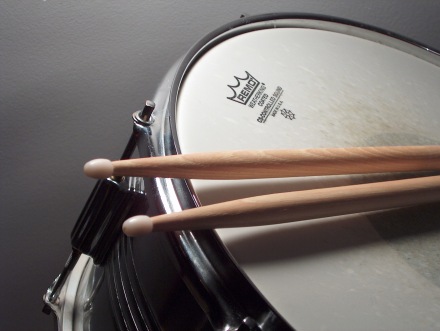 I decide to take up the drums during my furlough in lockdown. I don’t think my neighbours are too happy about my new hobby…. 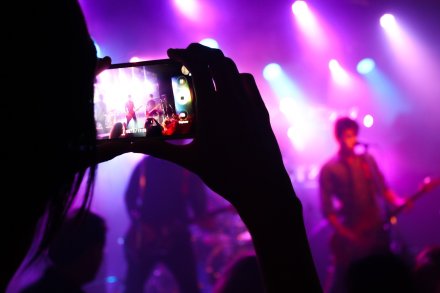 All summer events were cancelled and tickets had been refunded. Donna couldn’t believe it. She had been saving so hard to buy a ticket and now because of the virus, the rock festival had decided cancel.

Sadness filled her. She wouldn’t be able to sing her favourite songs alongside the bands. That feeling of being a part of something big and the rock music shaking her whole body wouldn’t happen. Donna only felt truly alive when surrounded by loud noise, the cancer had taken everything else.

There was nothing for it,  she would have to create her own rock music festival in the  living room.

I ignored the sign and speeded on the motorway with Five Finger Death Punch blaring through the speakers but seconds later hanging upside, blood dripping, smelling petrol, I wished I had listened. 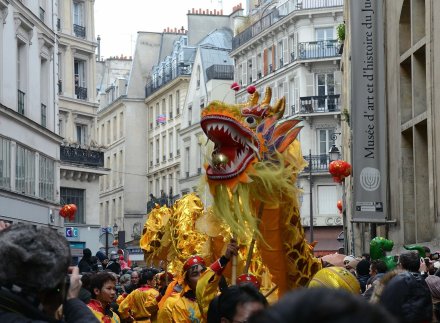 There was a buzz in city. The streets smelt of Chinese spice and stir fry vegetables as cookers worked over gas burners in little marquees. Red paper lanterns were strung up and gold steamers waved above the crowds.

Music echoed, drums beating and cymbals crashing. Gasps rose from the people and they parted like a breaking wave as along the road came a golden dragon. He was rising and falling with the beat of the music. Bells that decorated his flashing scales tinkled and his yellow mane blew in the breeze.

He fixed his large eyes onto the crowd then downwards as a child darted before him. The dragon regarded her slowly then he opened his mouth wide. The child placed a red envelope on his tongue and the dragon clamped his teeth shut.

A joyous cry roared through the crowd. The dragon shook his head and started to dance once more, welcoming the Chinese new year in. 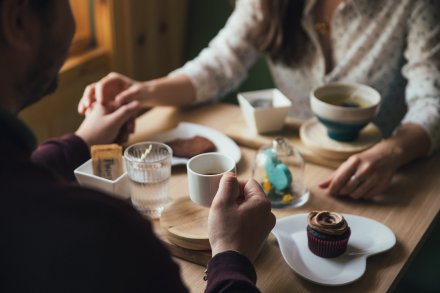 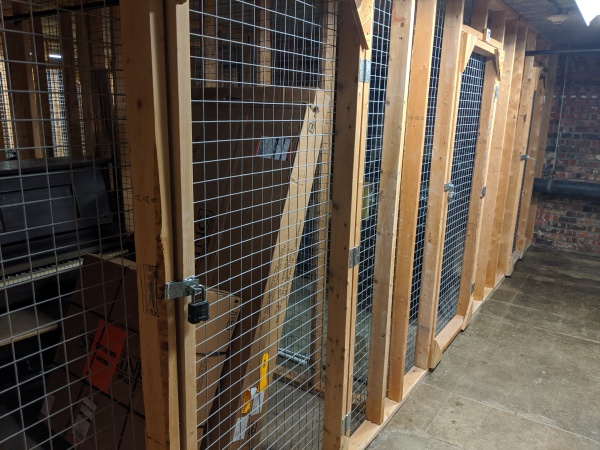 In the storage cage next to mine in the basement of the apartment block sat an old piano. It was dark brown, the lid up showing white and black keys and the stool pulled out as if someone was about to sit down to play.

I asked my neighbour about it and she told me, with sadness in her voice and face, that the piano was her mother’s and she couldn’t part with the instrument.

That night for the time as I fell asleep,  I heard the tinkling of piano notes coming from the basement. 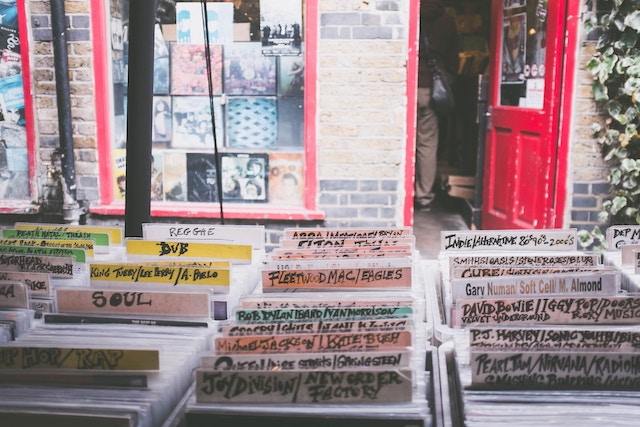 He loved music but couldn’t play an instrument or sing a note and yet I couldn’t imagine him without his headphones on, feet and fingers tapping along to something.

It brought tears to my eyes picturing him like that but it was best to remember him that way instead of in a hospital bed, draped in tubes and wires, waiting for a heart transplant that never came.

The music was too loud, Mia only knew that because she could feel the vibrations under her feet coming from the huge speakers on the stage. The crowd around her must almost be loud, their voices screaming and shouting trying to be heard above the rock band.

Mia didn’t mind being jostled by the crowd, she was just apart of the sea of faces. No one but her best friend who was dancing beside her, knew of her deafness. Here in the crush, Mia was just another fan and she could pretend to be normal once again.

He heard music and laughter coming from the other side of the wall. Curiously, he stuck is head through the balustrades and saw his newly divorced wife having a party with her friends. She looked happier then she had been in years. 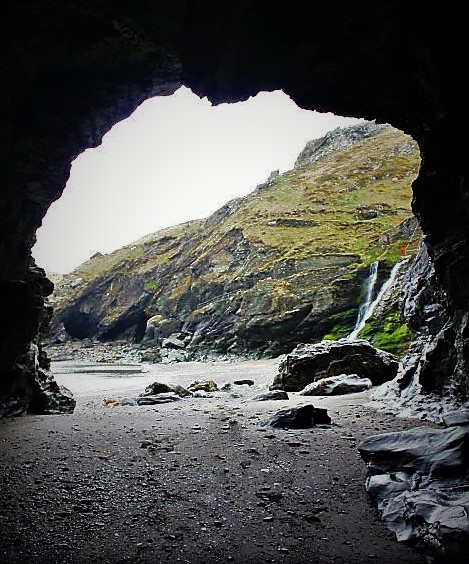 Growlery; a place of refuge or sanctuary for use while one is out sorts or in ill humour.

Kip, loud music pumping in his headphones, made his way down to the tiny beach, taking care to step correctly on the massive stones which often had hidden slippy parts. Walking across the rough sand stone mix, he ignored the clusters of tourists that were admiring the views in the little cove area.

He went passed the high waterfall that rushed over the jagged cliff face then streamed along to the sea in a surprisingly deep trench. He head to the largest of the caves far to his right and stood just inside.

More tourists were walking the short distance through the cave to the other side which was blocked by large rocks and the sea waves crashing on them. Most of the people were talking photos and talking, making dim echos along the roof.

Kip sat on his favourite rock that was close to the arched cave opening and was shaped as close enough to a low backed chair as a rock could be. He slipped his headphones off, paused the heavy metal German band he had been listening too. He heard the sea, the waves rushing around and the chatter of voices.

He picked up a small smooth stone and rubbed his fingers across it. He looked around, taking in the rough walls and the patches of sunlight. He knew this place so well. It was nicknamed Merlin’s Cave because the great wizard was said to have lived here underneath Tintagel Castle where King Arthur was born.

Kip loved all those legends and myths, he had grown up surrounded by them. All those knights, princesses, dragons, heroes, monsters, castles and sea adventures, they flowed in his blood just like Cornwall did. As a child he had played at being a knight and now almost an adult he still daydreamed of being one.

Merlin’s Cave though, was where he came to calm down. It was his escape to place and he found a peace here, listening to the rasping sea waves, the waterfall and all the echos in the cave. The tourists he would gladly do without and that’s why he timed his trips here to avoid the bulk of them. Two or three hours before Tintagel Castle closed and making sure the tide wasn’t in was the best time to come.

Living in the town of Tintagel, made access easy for Kip. His parents ran a local pub that often bed and breakfast rooms above and the three of them lived in the attached landlord’s cottage at the back. Kip worked in the pub when he wasn’t at school and he would take over the business in the future. He could never leave Cornwall.

Kip took a few deep breaths and watched the flow of tourists, they reminded him of the sea; always coming and going. Luckily, there wasn’t much of a beach here and no one really sat around or played in the sea for long. There were better beaches to visit for that kind of thing further around the coast. They were all here for the castle really, which stood on the edge of the cliffs, high above, the remaining walls sticking up from the long grass, hinting at a history long lost.

The last of the tourists slowly left, making their way over the massive stones and up the wooden staircase along the side of the cliff. Kip watched them, glad he was alone at last. He knew eventually two staff members would come, checking that everyone was off the grounds and then Kip would have to leave but they all knew him well enough not to hurry him away.

Kip took a few deep breaths and let everything out. He shut his eyes and thought about being carried away by the sea. He was drifting and nothing mattered as everything that he was feeling was gone, carried away on the waves.

(Inspired by; https://scvincent.com/2019/04/04/thursday-photo-prompt-threshold-writephoto/ with thanks).