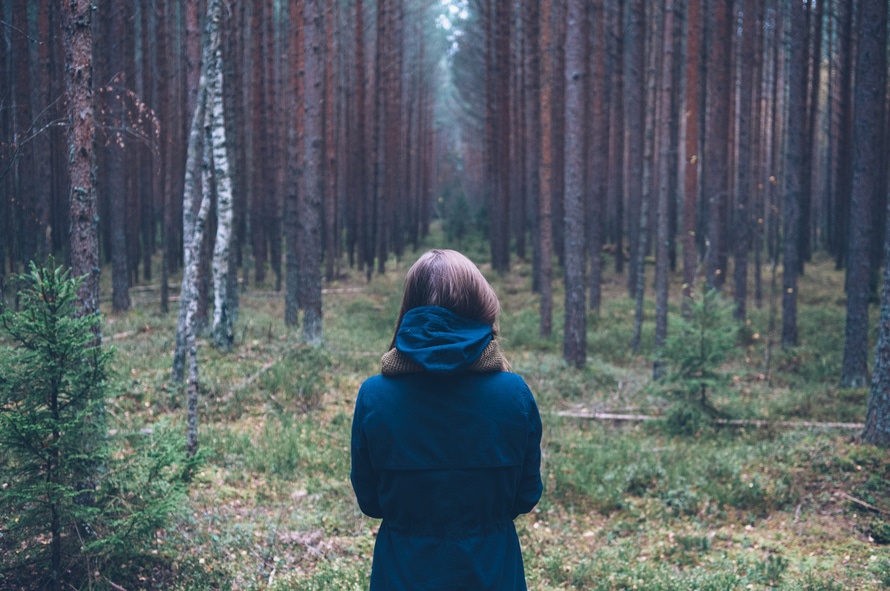 Uma started running through the forest, letting the small house and the twinkling light from the open back door disappear into the growing night. With a quick glance behind her, Uma saw the shadows detaching themselves from the trunks of the trees. She fixed her eyes on the path ahead and tried not to think about it.

Fallen branches and old leaves crunched under her feet, but it sounded so loud in her ears. Her breathing too had already spiked and Uma tried to keep it steady, a part of her knowing she would never out run them like this. A low tree branch whipped against her and Uma cried out as she was pinged backwards.

Thinking it was one of them who had grabbed her, memories flashed before her eyes like photos. Uma saw the Ouija board blood splattered, black shapes forming across the basement walls and the bodies of her friends laying about. Screaming, crying and that God awful wailing filled her ears. She had gotten out somehow, the wooden stairs biting hands as long black fingers reached for her….

Coming back to, Uma saw the tree above her. Desperately, she fought to untangle the hood of her blue coat. Twisting this way and that, she saw over her shoulders the black mist becoming more solid. Finally stopping, she claimed back her hood and thought about taking her coat off. Her breath misting in front of her made her pause. It was the height of summer and yet the forest was freezing.

A wailing sounded behind her and Uma turned. The shadows had taken on the form of humans, only if the bodies and limbs had been stretched totally out of proportion. There long arms reached out for her, see through hands with trailing claw like fingers waving in the air. Their faces were empty, just black balls on stick necks and yet the sound was coming from somewhere.

Uma screamed without meaning too. The fear bursting out of her as if a balloon had been popped. She spun around, but too fast and lost her footing. She fell to the forest floor, tasting dirt and blood in her mouth. As she tried to scramble upwards, icy fingers wrapped around her foot.

Another scream ripped through her, startling some birds from a tree. Uma tried to kick away and get up, but the ground was slippy and she was now unbalanced. Uma flopped over and began madly kicking to try and free herself, but the ghosts were upon her and they had no intentions of letting her go now.