Thank you for your Christmas card, it was nice to hear all your updates. I shall have to write fully soon but for now here’s a short note. We’re all fine, not much news, only the wedding has been moved to later on this year and the puppy is feeling lots better after the chocolate mishap on Christmas day!

There’s been some heavy snow up here and more is due. Bet it’s not much warmer on the coast but I’d rather walk on sand instead of mud.

Did you hear about Fred? Falling off the roof like that at his age! He’s home and his broken legs are healing well.

Let me know if you hear anymore about Norma. I never got a card off her.

The champagne corks pop. Laughter echoes as white froth pours from large green bottles. A sea of cups lifts to capture the raining champagne, the golden liquid sparkles. The bubbles bead along the thin steamed glasses, bursting as they reach the top.

A clock chimes. Midnight as arrived.

Voices and glasses raise a toast to a new year.

Let’s not take the Christmas decorations down but keep them up for some more cheer in these dark days.

I could see more then normal. Some said, I had an eye for detail, I called it I wrong wiring in my brain. When Father built me and brought my organs back to life, I wasn’t whole. And now, I see the truths and lies of the world.

I know it’s been awhile since my last letter and I promise I shall write to you in detail later. Here is a note to say that things are going well at the Haunted House and bookings are coming in fast. It feels strange that my months of hard work are over and soon, the House will be open year around for nightly scares.

Thank you for all the antique stuff, including the china dolls and tea sets you sent. They were useful to fill the nursery room up with. Though it’s probably more horrifying then you wise to see.

I can’t wait for our open day tomorrow. We have half price tickets and also food. We are running special discount books for the future and prompting not only Halloween weekend and Dia de los Muertos night, but Christmas Zombie Feast too!

I wish you could see it!

I didn’t find autumn cold like most people did. I found it warm and cosy. I loved pulling on a soft jumper, curling up on the sofa with a hot coffee or chocolate then burying myself in a thick novel.

Outside, the wind might be howling and the rain might be pouring but that just made perfect background noise to my reading. As the early darkness covered the sky and lingered by the windows, I pulled a blanket over my knees and wonder how the hero was going to escape this time.

The bubbling of stew and dumplings called to me before I could get there. It was a hearty meal with bread for soaking up the gravy at the bottom of the bowl. I felt hugged from the inside!

Sleepiness drifted like the night upon me and I took the book to a fleece lined bed and goose feather pillows. Safe from the world, I disappeared in between the words till I was dreaming I was adventuring alongside the hero.

Days later his boat was found. His supplies and rods all there and even one rod set up and hung over the side of the boat.

No one knew what happened.

Only the lake could tell them but those dark waters don’t talk.

I looked up at my neighbour’s apple tree and my mouth started to water. The thought of the first bite of sweet crispiness called to me and it was a temptation I answered.

I pressed against the wooden fence and cast through the leaves. There were a lot of apples on the branches that over hung my garden. A few apples were in easy reach too but I wanted one that was ready.

The lowest apples were the ones that had seen less sun and they were not ready. The highest ones were but they were out of my arms reach and it would be too suspicious if I stood on a ladder.

I choice an apple that was at the height of my reach. It’s red and green colours were splashed together and it felt heavy in my palm. A quick twist and it was mine!

The barking started before I could officially claim my prize. I looked across my neighbour’s garden and saw their dog. It was a terrier mix and making one hell of a racket.

I swiftly lowered my arm and put the apple into my pocket. The dog bounced over, knowing he’s territory had been entered and he slammed into the fence.

Shooing the dog away was useless and I know my neighbour would appear to see what the noise was about because their back door was open. Hopefully, they would think it was a bird the dog was chasing after.

I rushed back to the lawn mower I had abandoned and turned it on. The engine drowned out the dog’s barking and I hurried about my task once more.

A few minutes later, I had finished and packed away the lawn mower in the shed. The dog had stopped barking. Sitting on the shed’s step, I took out the stolen apple and had my first bite.

It was just as good as I had imagined. 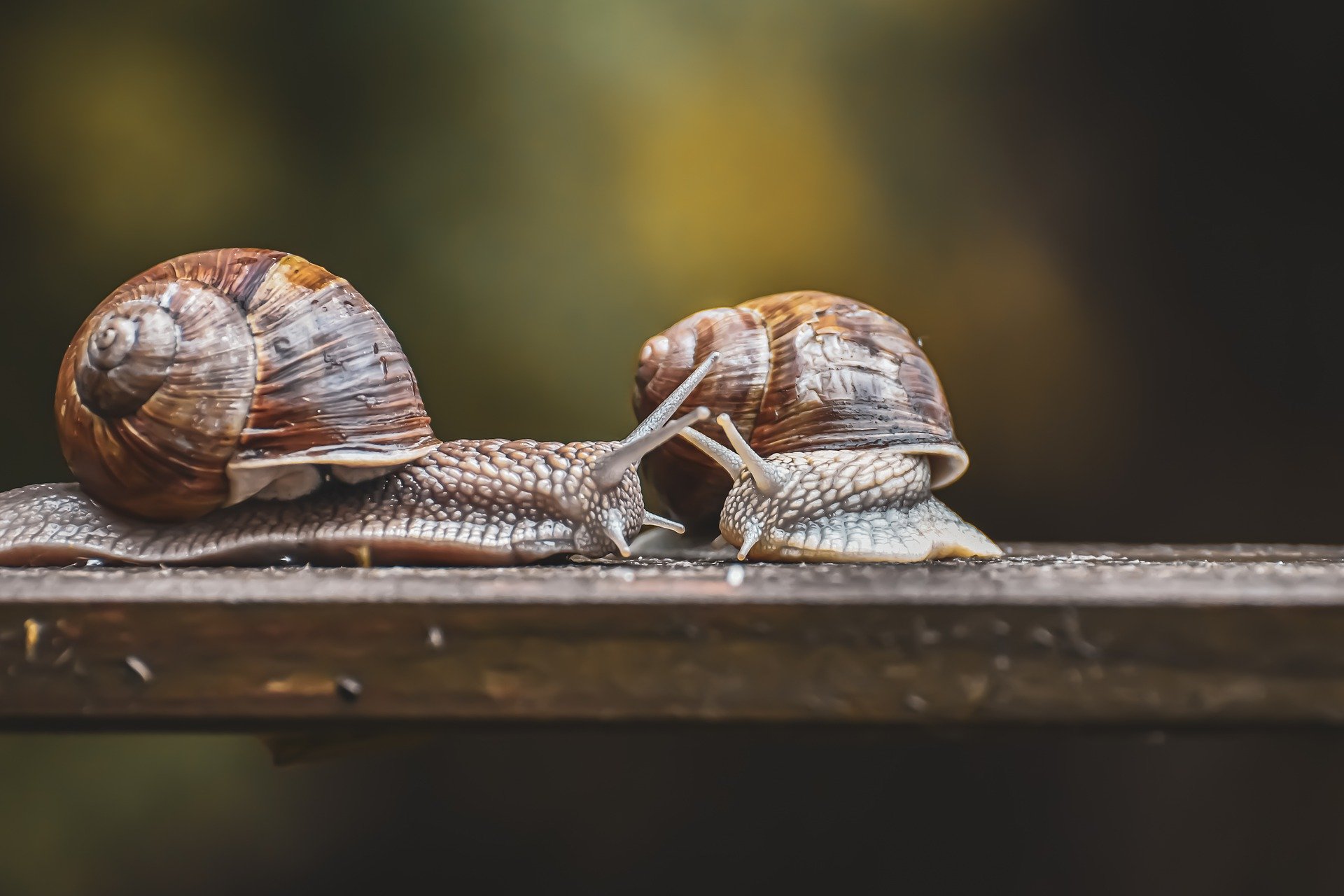 The snails had been eating Burt’s plants again. He signed and plucked away the nibbled leaves that reminded. Hopefully, some of the plants would survive if he give them some extra care.

As for the snails, Burt got some plastic sheeting out of his shed and some metal rods he had made for this job. He constructed a mini greenhouse cover over the plants and put wooden planks on the floor to weigh the sheet down and stop the snails getting underneath.

Burt would never put out poison. He didn’t believe that was the correct way to deal with nature. The snails were just hungry and they didn’t mean to eat his plants, it was just their way. So, he wouldn’t kill them but he would stop them from getting access and encourage the snails to move on.

Being in harmony was the best way to live.

Shopping list; baby yarn, knitting magazine, tea, fruit and hamster food. Orange juice, wine and chocolate. Can I also have some happy pills and a time skip into next year?