The train station was busy and steam filled the air. The tall man glanced back as the porter struggled with the large trunk.

‘What have you got in here!’ the porter cried. 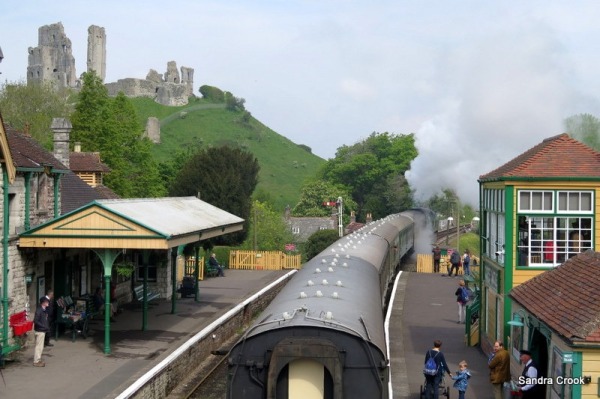 They were closing the old steam railway down. It was too expensive to run things and the volunteers hadn’t been able to save it.

People crowded on the small platform, waiting either to see the train or take a ride for the last time.

It was a shame, a true end of an era moment.

Steam billowed out around the old engine train and the whistle blew. It was time to leave the station for the last time.

The train journey was just awful! It rained and thunder stormed all night. My compartment companion snored horribly. Then there was a flood on the line and the train had to stop and wait for the all clear! I shall not be taking that route back home.

I finally arrived safely and auntie is gravely ill. I don’t think she’ll last much longer. Her will has been sorted now, of course can’t write the details of it. The poor thing wanted to see you but I said the pregnancy had kept you away.

You might have to make the trip soon enough through.

The detective stood on the empty platform, casually smoking a cigarette and watching the steam train rolling in through the heavy down pour of rain.

This was the moment he had been waiting for. The carriage doors open, steam billowed and the hunt for the murder was finally over. 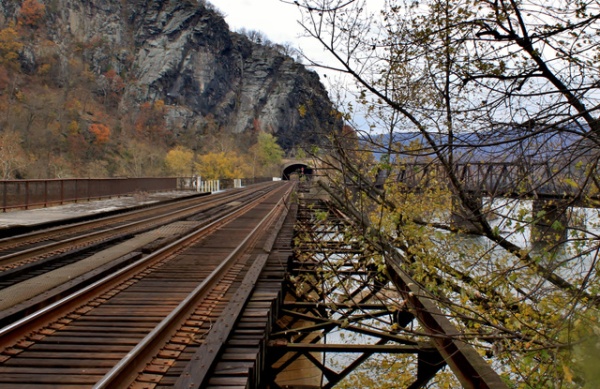 The Dobson family stood on the platform wowing over the red steam engine billowing out clouds of smoke.

The train whistled, pulled off jerkily then gained speed and soon was chugging through the Yorkshire Moors.

Cat received a soft toy pony and Harley a set of toy cars. They played whilst their parents sipped warm mulled wine and watched the countryside go by. 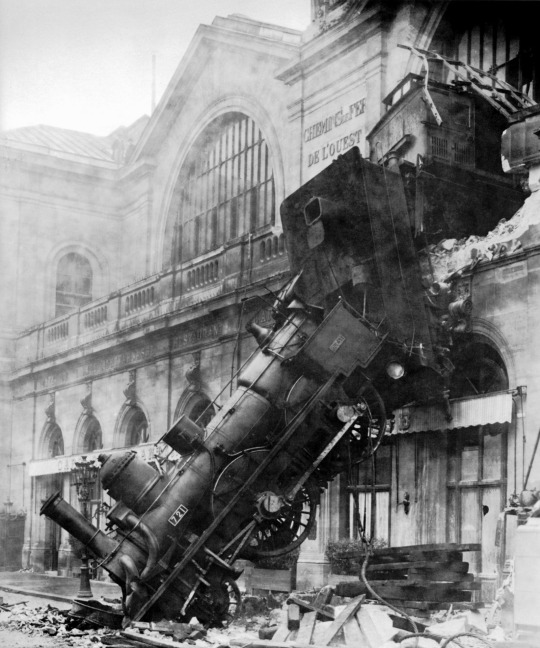 Police Constable Williams surveyed the scene then slightly lifted his heavy black helmet to scratch his thinning brown hair. He had worked this beat for so long, he knew it like the contents of his house. All the people were like old friends and he had a good thing going with all the factory owners.

This though….This was just something Williams didn’t know what to do about. He wrapped his fingers around the handle of his cool wooden police baton, feeling comforted by the familiarity of the weapon. Then, he looked again, trying hard to understand what his eyes were seeing.

In the middle of the busy cobblestone main street was the wreckage of an iron steam engine train. The front was wedged into the upturned pavement, the body angled up to the building above and the coal truck behind flatted against the wall. The start of the first carriage could be above, balanced on the edge but trapped in place by the coal truck. The wheels and pistons were still moving, though the train was clearly going no where.

Bricks and wood planks of the ruined factory which the train had fallen out of, lay scattered everywhere. Grey steam curled for the train’s funnel and there was the smell of burning coal and fire. People were gathered in the protection of the other buildings, looking in horror and shock. Shouts and screams echoed the Wiliams’ ears.

The sound of a police whistle brought the Williams back and he moved carefully closer to the wreckage looking to see if anyone needed assistance. He could not see much due to the raising dust and steam. The noise of the train’s wheels and pistons were loud and blocked out anybody’s cries for help.

Williams turned as a young man dressed in a black police uniform hurried over then stopped as he saw the unreal scene.

‘I don’t know what happened,’ Williams answered the unasked question, ‘just fetch some more help will you!’

The young constable nodded and turned away.

Running footsteps from the opposite direction caused Williams to try and appear around the steam train. Out of the mess came a group of men dressed in simple working factory clothes; dirty white shirts, black trousers, leather waist coats, gloves, flat caps and goggles.

‘It was an accident!’ one of the man cried.

Williams recognised him as Thomas Smith, the oldest son of the factory’s owner.

‘She just shot forward and there was nothing we could do,’ Thomas explained with some wild hand gestures.

‘And what exactly where you doing?’ Williams demanded.

A short man, Williams thought was called Henry Pitcher, nudged Thomas in the ribs, making him stubble over his words and go silent.

‘Well, it’s not very secret now is it,’ Williams said, pointing at the train, ‘answer me, what in the devil’s name is going on!’

‘We just experimenting…’ Thomas came back in, ‘we have all the correct permissions. I can show you.’

Williams cocked an eyebrow, not sure he truly believed that. He had had issues with this group of men before and there ‘experiments.’ It had only been little disturbances before though but they had really landed themselves in trouble.

‘That’ll be proven,’ Williams muttered, ‘can you turn that thing off?’ he asked.

The men looked up at the stream train, the wheels and pistons were still going, steam was still blowing and the sound of the gears was growing deafening.

‘Not sure,’ Henry shouted, ‘we’d have to get up there and try turning things off but the coal will have to burn out before we can really do anything.’

‘It might be too dangerous,’ another man spoke out.

Williams would just have to take his word for it, he didn’t know anything about this new metal monsters, just that he was keen on them.

‘Well, I guess we’ll have to try and get it down,’ Williams mused.

‘Leave it to us, sir,’ Thomas said and the men started to scatter around the steam train.

Soon enough, other police arrived and the crowd had grown larger. Some plan was put in place and with the strength of many men and horses, the train pistons were stopped and whole thing was lowered on to it’s side in the street. The coal truck was also lowered but it was too crushed to be saved.

The night was arriving and with the loss of light they had to stop. Williams lent against the wall of the building next door. It had been along day and he was ready for bed. He looked up and spotted an airship flying low above the roof tops of London, parting through the clouds.

Williams started walking home, thinking; I do not know this world anymore, everything is changing too fast. I guess I had better change with it then.

I walked out to the abandoned train track and blew up the party balloons one by one. I tried string to them when I was done and found a rock to hold them down with. Then as my therapist had suggested; I choice a blue balloon, said one of my worries aloud and let it go. I watched the balloon floating away, my worry with it. Then I selected another one, yellow this time, I said my worry and let the balloon go. I carried on until all the balloons and my worries had gone.

Bob still couldn’t believe that underground train network was closed down as he started to turn off the lights. It had only been open a few years but its’ popularity hadn’t been able to save it when the business and economy had gone bust. Still he’d somehow held on to his cushy night watchman’s job, even if all he was guarding now were empty stations and tracks.

The moon shone of the freshly fallen snow, making it sparkly like diamonds. The little girl sighed and felt the chilly night air deep in her lungs. She should be home, safely tugged in bed, waiting for Father Christmas to arrive, but she wasn’t.

The train station platform the girl stood on was empty expect for her and her mother. They were waiting for the midnight train which was bringing father back to them. Huddled in her new white cloak, the girl looked up at the clear sky and full moon. A shadow in shape she recognised passed by and she pointed excitedly upwards; it was Father Christmas in his sled!

The sound of a train broke the silence as it pulled into the station, black smoke pluming through the air. There was a hiss of steam and squeal of wheels as the train stopped before them. The girl clutched her mother’s skirts and half hide behind her.

The handful of carriage doors opened and only a few people got out. The girl saw her father coming towards her and broke into a run, tugging her mother to do the same. They embraced, all hugging each other and talking at once.

Safe in the arms of her parents, the little girl looked to the sky once more and thanked Father Christmas for the best present she could have asked for.

On the wrong train! Was in hurry just got on the 1st 1 it’s full of strange people who keep staring at me it’s dead quiet no 1 is doing anything. Should get off at the next stop but scared 2.