The army made people leave town but they couldn’t make me. I was too good at hiding and being ‘a boy’ I wasn’t any worry. I though was almost a man at fourteen but I didn’t look it.

I roamed the abandoned houses, looking at things left behind and the destruction the army did. They took or broke things and built barricades out of furniture.

When fighting started and tanks rolled down the streets, I found holes to hide in until it was over and once everyone had left, I crowned myself King and ruled over the abandoned town.

On the shore he wandered, lost in his own thoughts. With his head down, he watched the surf lapping at his boots. The sea would be cold, he knew but still he took his boots and socks off. There was just something irresistible about walking barefoot on the beach.

Socks in his pocket, boots in hand, he carried on walking. The sand was cool and the sea cold, but he liked the feeling in between his toes. He let his thoughts go off again, like the seagulls that took flight when he got too close.

The beach was empty at this time in the morning which was how he always liked it. He could be alone without people staring and trying to ask him questions about what happened to his body. Children called him a monster and parents would quickly drag them away.

I was fighting for this country, he wanted to say, a bomb fell on a house, I tried to save the innocent family trapped inside but the fire was too bad.

Unfortunately, he knew it wouldn’t matter. His words couldn’t change the effects of his actions across his skin. However, out here away from it all, nothing cared. The sand and sea couldn’t judge him, he could just be himself, alone with his thoughts and scars.

(Inspired by; https://scvincent.com/2019/06/06/thursday-photo-prompt-choices-writephoto/ with thanks).

Standing in the overgrown field, Henry and his wife, Fay looked up at the remains of the Cold War decommissioned nuclear bunker poking out from the trees.

‘Why did you want to buy this place again?’ Fay asked.

‘It’s going to make the perfect shelter when the World War Three starts,’ he replied.

Fay frowned, ‘what are you talking about?’

Henry put his hands on his wife’s shoulders and stared into her eyes, ‘the Angels showed me. They led me here and promised we’d be safe.’

(Inspired by; https://crimsonprose.wordpress.com/2019/05/08/crimsons-creative-challenge-26/ with thanks).

From the first day of the aliens arrival the skies across the world had been darkened by clouds of smoke. Wars raged but in the end the invades won and mankind fall to death and slavery. The sky started dark forever more.

It was hard to imagine that anyone would want to stay in a city destroyed by war but some had no choice. Driving down the once busy roads, framed by pleasant buildings which were now bombed out hollows, I spotted the smaller corner shop where I had spent most of my money as a child. Surprisingly, it was still open! Though the attached home of the owners was ruined.

I slowed and saw people moving passed the windows. They were shopping despite the empty shelves. Life was carrying on as normal.

He had been saying the number repeatedly in German on his death bed but no one knew what it meant. Then it didn’t matter anymore as everyone was too busy mourning. So, it wasn’t until years later that we found out that the number was actually a train that his parents had forced him on to save him from the concentration camp.

Seeing the quiet French field it was strange to think it had once been so different. The black and white photos in my little book were prove of that though. Once there was only disturbed mud and bodies, the green landscape lost forever. And of course, it hadn’t been quiet; the air had shook with deafening gunfire, shouting and the moans of the dying.

Sitting in the wheelchair which had now become my life, I clutched my book and the woollen blanket in my lap. I shut my eyes and was back there straight away, walking through the smoke. The trench was slick with running mud and rain was tumbling from a dark grey sky. I stepped over a body, a twisted mangle shape that had once been a living man. He seemed half sunk into the mud, face down. I carried on, so use to the sight it just seemed normal now.

My feet were leading the way as the rest of me was numb. I entered one of the shelters and sunk down into a damp camp bed. I didn’t know if this was my place but it didn’t matter. I think there was someone else in the bed above me, sleeping. Without taking anything off, I lay down and feel asleep.

My wish was never to wake up again but each time I did.

Opening my wet eyes, those imagines stayed with me. Bad shakes racked through my body. Someone was saying something but in that moment I had forgotten there were other people with me. None of them had been there, so they’d never understand what it was truly like.

It had been raining forever. At least it felt that way. I liked the rain, but I wanted to feel the sun on my face as I had done as a child. I remembered the yellow warmth, just about. The rain was always cold and wet, sometimes it would be a different colour too. When that happened people stayed inside for fear they might become contaminated. Though really, all water was toxic.

They claimed there was nothing they could do about it. It was a world wide disaster and the predicated death levels were higher then the War. That was the price we were paying for chemical warfare, the government said. Still, scientists and others were working around the clock for solutions whilst there was hope left. Everywhere warning signs stated not to drink unfiltered water, to stay inside as much as possible and report all health problems to a doctor.

Today, the rain was a lime green colour which was why I wasn’t allowed outside. Sitting in the window seat of the second floor landing, I watched a few brave people walking the street below me. They held their umbrellas up high and huddled in thick coats, as if that would protect them.

The book I had picked from our small library lay opened but unread in my lap. Since there was no going to school today, father had insisted we self-educate. My two brothers had taken over the library with their historical debates. Father was in the study and Mother had gone to lay down as as the lime rain had given her a headache, or so she had claimed. I could have gone to my day room, the family lounge or the parlour, instead I went to the best spot in the house to see the outside world.

I pressed the side of my head to the wet glass, knowing I’d be told off for getting my curled blonde hair damp. I didn’t care. I watched guards in red uniforms appear and began clearing people from the street. They must have been told that the toxic level had reached a high. A siren began to wail, confirming that. The street quickly cleared and just in time too as the lime rain picked up and started to change colour.

Black rain began falling and in the distance came a rumble of thunder. I tightened my grip on the book. The page corners curling under my fingers. I had always feared storms, but they were worse now. They said sometime toxic rain conducted lightening and exploded. Fires were common during storms and deaths.

I tried to relax my hands, the hard corners of the cover were digging into me. The thunder growled louder, sounding so close. The street before me went dark with only a few dots of light peering out. The lightening flashed, yellow red, capturing the street in that moment. I heard a popping sound and the lights around me all started to flicker.

The smell of gas and burning electricity filled the air. An emergency bell rang though the house, backed by the siren’s call. There was a rush of footsteps and voices. The clatter of things being dropped and doors moving echoed throughout the house.

‘To the shelter, quickly!’ my father bellowed.

‘Where is Miss Victoria?’ another voice asked.

A flash of lighting hit the sky making me jump as it crackled away. I stood up, clutching my book and hurried two flights of downstairs. In the grand hallway, everyone was rushing into the kitchen, shouting at each other. I joined them hurrying into the cellars. My shoulders and skirts brushing maids and kitchen staff.

I tripped down the stone steps, losing a shoe, and my one of my brothers caught me at the bottom. He had to move me out of the way as the last people flew down and the metal door slammed shut. My brother rushed me down the corridors, through the wine and food cellars. My legs and feet hurt as we went further down. Finally, we arrived with everyone else in the last and deepest cellar. My brother hushed me into a corner and left me breathing in the damp air.

Huddling in the dim light with my family and servants, I caught my breath. My mother looking dazed was sitting on a small bed, half hidden by  a curtain. My father was sat comforting her and my brothers were giving orders to some of the servants. I tucked myself into a alcove, hugging my book and praying we would survived.

Gift wasn’t sure how long the town had been abandoned as the records only went back fifty years. Crunching glass and fallen plaster under her boots, she entered what had once been a living room.

Looking through the breathing mask’s visor, she spotted the white flowering plant on the window sill. Smiling, she walked over and picked the plant pot up gingerly.

You’re safe now, she thought, clutching the plant, but you’ve got a big job ahead, flower.

Gift stepped outside and back into the war torn grey landscape. Hurrying towards the safety of the underground city, she hoped that one day she would be able to see the green surface world that she only knew from the legends. 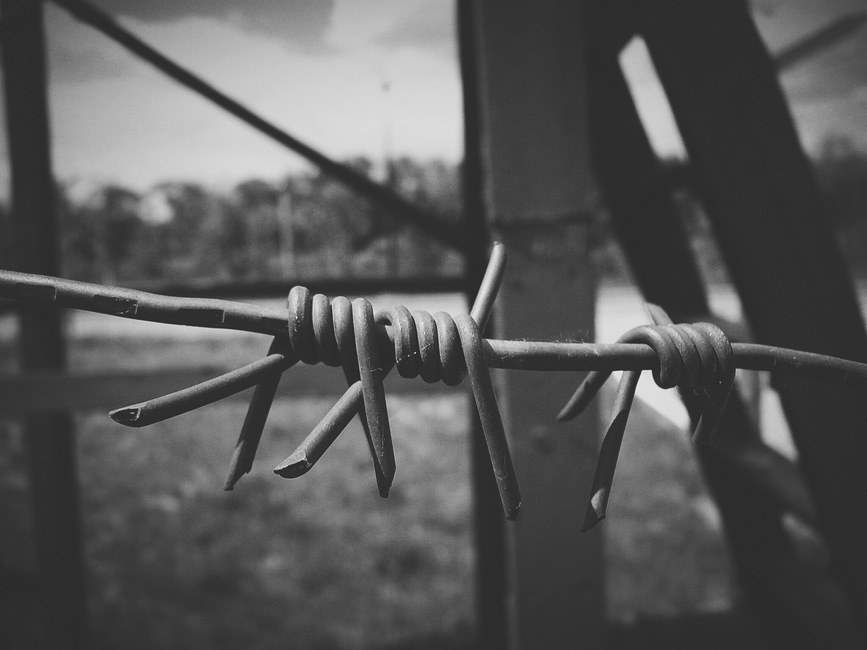 The battlefield was covered in bodies. They hung off the barbwire, blood dripping out of them and staining the grass red. The sound of gun fire rattled through the air around them, the only sound to be heard for miles.

In the trenches, those men that were alive were little more then skeletons. Their uniforms hung off them in tatty rags. Their hollowed faces told the horrors of war as each had seen it.

The soldiers looked out over the destruction. They were living in a hell they would never escape from. Viewing the dead with envious eyes and wishing to be amongst them.