The engagement party was in full swing and Ren couldn’t be happier. She grabbed a bottle of wine, popped it up and poured the thick, red liquid into a glass.

The Dobson family stood on the platform wowing over the red steam engine billowing out clouds of smoke.

The train whistled, pulled off jerkily then gained speed and soon was chugging through the Yorkshire Moors.

Cat received a soft toy pony and Harley a set of toy cars. They played whilst their parents sipped warm mulled wine and watched the countryside go by. 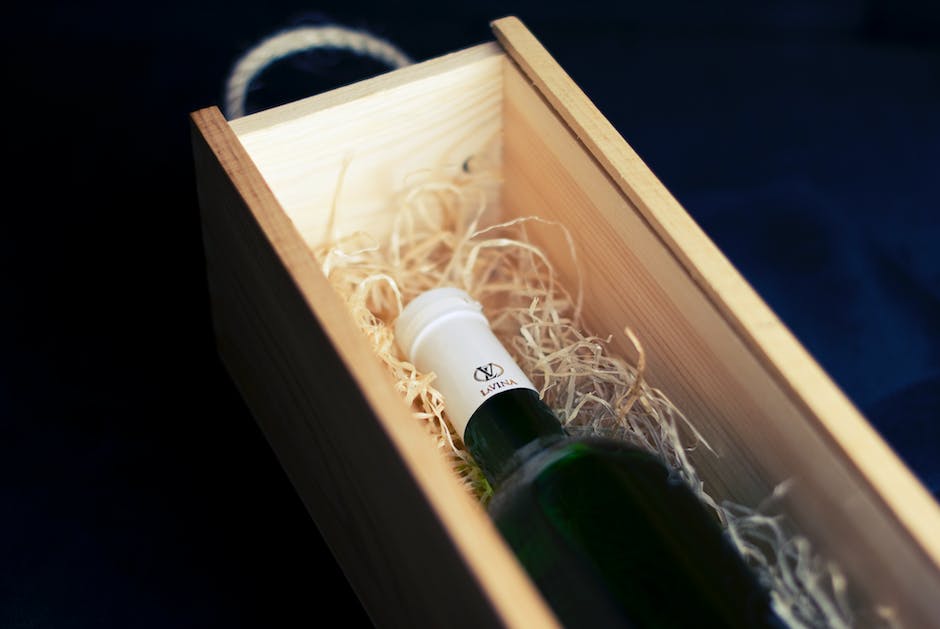 Lucas opened his front door, ready to set off to work and almost walked straight into the deliveryman. The youngish man was half hidden behind the large cardboard box he was carrying both hands.

‘Yes?’ Lucas replied as he eyed the box.

The deliveryman placed the box down, breathed a big blow of air then took out his electric device.

Lucas sighed for it, the letters like a child’s first attempts at writing.

‘Thanks,’ the deliveryman said and hurried away.

Lucas looked down at the box. He hadn’t ordered anything, nor was it close to his birthday or Christmas. He tried to nudge the box inside his apartment, but it was too heavy. Picking it up, he put it next to the sofa.

He paused really wanting to open it, but he was going to be late for work. Deciding it would have to wait, Lucas dashed out.

His day was boring and long. He answered the phone and sent emails, he dealt with a few cases that were in his inbox. He had a quiet lunch in the park and then went back to his desk. He avoided his co-workers as much as possible. He didn’t mind them really, but the woman were always so loud and gossipy and the men; only talking about sport and being overly flirty with the ladies.

When Lucas got home he sank on to the sofa and looked at the ceiling, exhausted. Then he remembered the large box from this morning and hurried to open it. He ripped the duck tape off and yanked back the cardboard flaps.

Inside was a case of twelve bottles of wine.

He took one out and looked at it. He didn’t know much about wine. He read the label; a deep fruity red from France. Setting it aside, he pulled out another one. It was different; a light refreshing red from California. He selected a third: a full bodied red from Africa.

One by one he pulled out the other bottles and looked at them. They were all red wines from around the world.

Lucas put them back in the box and closed the flaps. He looked at the label; Mr L. Bennatt. A slight misspelling of his surname. Then his full address, but the number of his apartment was wrong.

Lucas tapped the lid then began looking for a note or a receipt of any kind. Finding nothing, he shrugged and pulled out on the bottles that had taken his fancy.

A month later, he was coming back from work, his thoughts on opening another bottle from the mysterious wine case, when he saw a man at his door. The man was tall and wearing comfy clothes. He had dark hair and looked about Lucas’s age – middle thirties.

‘Can I help you?’ Lucas called over.

‘Do you live here?’ the man asked.

‘I live in the apartment above. I moved in two months back. I’m Luke Bennatt. Pleased to meet you.’

‘Lucas Bennett,’ he replied, without thinking.

The man held his hand out and Lucas shook it as he felt a sinking feeling in his belly.

‘I was expecting a case of wine and I believe it might have been delivered to you by mistake due to our names being so close in spelling.’

‘Yes. It would have been in a big heavy box. Have you seen it?’ Luke asked.

Lucas paused as if thinking then said, ‘no, I don’t think so…’

‘Positive. I’ve never been into drinking it myself,’ Lucas added, ‘well it was nice to have meet you…’

‘Yes of course. Thank you,’ Luke spoke and turned away.

Lucas watched him leave then hurried inside. He went straight to the box of wine that was set on his kitchen floor. The lid was open and inside were ten bottles. He debated what to do then decided to hold on to his blessing. 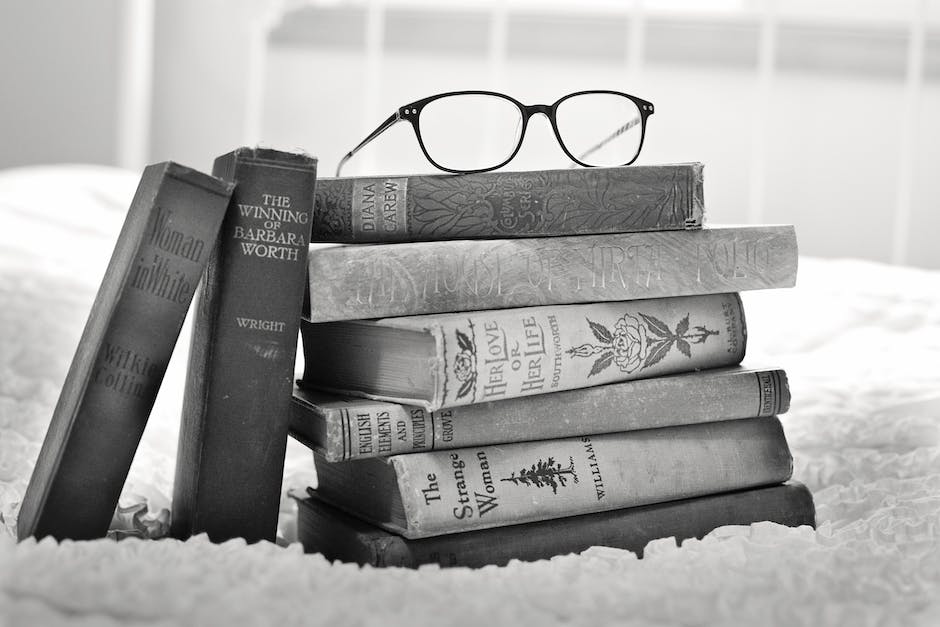 Friday evenings, she decided were made for reading a good book,  drinking nice wine and indulging in a box of fancy chocolates.

Meka sink down into the sofa, it was the first time in days she’d had some time for herself. Taking a sip from her wine glass, she placed it down and opened the two envelopes in her lap. It was the first chance she had gotten to read the letters the kids had wrote to Santa.

Starting with her son’s one, she read it quickly. He had asked for a new bike. A bright blue one. She’d got him a helmet too and the new coat he’d seen last week. Folding the paper back up and slotting it into the envelope, Meka picked up the pink one.

Pulling out and unfolding the paper, she read what her daughter wanted.

I have been really good this year. I only want one thing and that’s a unicorn!

‘A unicorn?’ Meka cried, ‘that wasn’t what she said. She wanted a doll’s house.’

Re-reading the letter, just to double check there had been no mistake, Meka put it back in the envelope then placed both letters on the table. Having a mouthful of wine, she grabbed her laptop and began looking for a unicorn soft toy.

Hurrying out of the snow blizzard and into the safety of the supermarket, Zoe paused to dust off her woollen coat. Catching her breath and noticing her glasses starting to fog up, she tried to get her thoughts together. Peering outside, she saw the snow flurrying down and landing on top of an already thick blanket of white. People were quickly walking by with umbrellas and winter clothes clutched tightly around them.

Loud voices turned Zoe’s head and she looked over to where green plastic shopping baskets were stacked up. She saw two thirty-something women with a number of young children around them where having a conversation about the sudden change in the weather and the early closing of the schools.

Zoe moved over to them and grabbed a basket from another stack. Avoiding a three year old boy, who was staring up at her with huge blue eyes, she ducked into the clothes section. A very pink pyjama set with butterflies and the words Goodnight, Sweet Dreams catch her attention. She stopped and picked up the sleeve to feel the material. It was soft as she rubbed it. They didn’t have her size or mum’s.

Wandering off, she drifted down a few aisles till she ended up looping back to the Mother’s Day section. It was tucked just next to Easter and the four shelves looked sadly empty. Zoe checked out the wilting potted plants then the three different boxes of chocolate. There were four wines to choice from and then a selection of bath stuff.

That’s it? Zoe thought then stopped herself from crying it aloud.

Glancing about desperately, she wondered where else the Mother’s Day stuff could be, but could only chocolate eggs and rabbits. Deciding nothing in front of her would do, Zoe walked away and went to the entertainment section. There, past the games, she looked at the DVD’s and picked up a rom-com that had come out last year, but she knew mum hadn’t seen yet. Browsing through the others, Zoe didn’t spot anything else.

She headed on to the next aisle where a woman with a baby was looking through the magazines. Zoe stopped at the books and picked up an interesting looking one. Her mum wasn’t into historical murder mysteries. She put it back and grabbed another about a cheating husband. It wouldn’t do either. She looked at a few more then decided on a book at a woman getting her dream of opening a bookshop and starting her life over again.

Zoe put it in the basket then decided to head to the wine section. She had her ID with her, so buying a bottle wouldn’t be a problem. Arriving at Wines Of The World so declared by the big sign over head, there were three couples of different ages selecting wine and talking. She squeezed past the first couple, who were looking at an Australian white wine and the second couple who were scrutinising rose wines. Hoovering around the third couple in the red section, she tried to decide what to get.

There wasn’t anything that looked like mum drank. Not waiting for the couple to move off, she first went to one side of them then the other and looked at the dark green bottles on the shelves. After a few moments, she changed her mind and walked into the soft drinks area. She grabbed a bottle of water for herself then went over to snacks and sweets. There she found a better looking box of chocolates then had been on the Mother’s Day shelf. Putting that into the basket, she wondered what else to get.

When nothing came to mind, she went to the check out and bought her things. Heading out, she was met with a white wash scene of falling snow. Pulling up her hood and watching a handful of people darting inside, she told herself to never again leave Mother’s Day to the last minute.